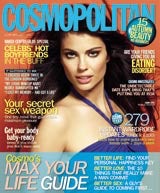 This has been the year of magazine launches, with the new entrants crowing that the risks have paid off just six months on. According to figures released by the Audit Bureau of Circulations (ABCs) for the first six months of the year, all new launches exceeded their minimum circulation targets.

EMAP’s glossy Grazia, buoyed by an investment of more than &£15m, has posted a weekly circulation of 155,157. Easy Living, launched in February by CondÃ© Nast with a multi-million pound budget, recorded a debut ABC of 171,038 copies a month, while IPC’s Pick Me Up is being lauded as the “biggest weekly launch of the past decade” with an impressive 503,950 copies.

In the catty world of consumer publishing, newcomers have a long way to go before they can claim any success though. The real litmus test will be whether they can sustain interest and appeal in the long term.

CondÃ© Nast’s Glamour – billed as one of the most successful launches when it introduced its innovative handbag size five years ago – was down 1.7 per cent on the second half of 2004, but up marginally by 0.6 per cent year on year to 609,626.

The growth of most women’s lifestyle and fashion monthlies overall has been sluggish in the first half of 2005. Starcom head of press Caroline Jones says that although the strong performance of some new launches has given publishers cause for optimism, new entrants can eat into the sales of existing titles.

Some women’s titles appear not to have been hit by the launches. Vogue’s circulation was up by nearly two per cent period on period to 210,333, while IPC’s celebrity-fashion hybrid InStyle was not much behind at 196,568 and IPC’s Marie Claire stayed steady with 381,281.

NatMags’ Good Housekeeping (GH) managed to fight off newcomer Easy Living with a 9.4 per cent period-on-period rise in circulation. However, Easy Living beat other titles. Publisher – and former publisher of GH – Chris Hughes says: “Easy Living is proving to be a success story for CondÃ© Nast with circulation already above titles such as Eve and She.”

But there have also been “disappointing” launches. Richard Desmond’s shopping digest Happy hit trouble four months after launch when the monthly decided to merge its August and September editions, as a “logical” response to problems in the retail sector (MW August 4). And Burda’s weekly Full House has decided not to post an ABC figure, a choice that indicates it is far from enjoying buoyant sales, says one press director.

In the men’s titles, the success of weeklies IPC’s Nuts and EMAP’s Zoo has added to the growth of the overall sector, which has gone up 3.6 per cent year on year and 1.5 per cent on the period. MediaCom press director Steve Goodman says that both titles are examples of innovations that have grown the sector by adding more than 500,000 readers every week.

In the men’s monthlies, EMAP’s FHM retains the crown with a circulation of 560,167, while IPC’s Loaded is up by 7.7 per cent period on period to 237,083, soaring above Maxim and Men’s Health. David Pullan, FHM Worldwide managing director, points out that Loaded’s success is down to its price-cutting tactics and to the number of cover-mounted promotions it ran over the period.

Starcom group head of press Andrew Power says that the overall growth of the sector is a sign that there is still room for newer titles. “What Nuts and Zoo have done is bring in new readers,” he says. But adds: “They have had an adverse effect on titles, such as MaxPower, which might not traditionally belong to the same genre but cater to the same kind of young male readers.”

In a sharp decline are the teenage lifestyle and entertainment titles. Market leader Sugar, published by Hachette Filipacchi, posted a 3.5 per cent fall period on period, while BBC Magazines’ Top of the Pops plummeted 30.2 per cent and NatMag’s Cosmo Girl 23.3 per cent.

The women’s weeklies continued their downward slide. But Goodman says: “The resurgence of traditional family values obviously has helped titles such as Good Housekeeping, and this could help the revival of these weeklies.” However, publishers will have to invest more heavily in marketing them.

As a result of such strong launches, the magazine sector is seen as a growth business. The ABCs bear this out as the consumer market has increased 6.4 per cent year on year in the number of issues purchased. Total average net circulation per issue has also experienced a significant uplift of 10.5 per cent to 62.5 million.

Director of marketing at the Periodical Publishers Association, Phil Cutts, says: “Consumer expenditure on magazines has grown in real terms every year for the past five years to more than &£2bn a year for the first time, according to the Advertising Association. The latest ABC figures and increases in volumes of magazines purchased indicate that consumers’ increasing appetite for magazines continues.”

Only the next set of ABC figures will tell us whether the increased demand for magazines will hold up.

Michael Buerk’s comments regarding the feminisation of society have caused a stir among the politically correct, but this doesn’t mean they are not accurate