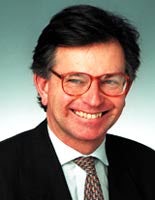 Advertising agency arrangements for local government and the regions are once again in question, following the resignation of Stephen Byers and the subsequent reorganisation of the former Department of Transport, Local Government and the Regions (DTLR).

The new Department of Transport (DoT) has confirmed it will retain the agency roster set up four weeks ago to handle advertising for the DTLR (MW May 2).

Acting marketing director for the DoT David Murphy says the department is committed to the six agencies it appointed in May. He believes the roster will still be able to save the department money.

But he declines to comment on whether the spun-off functions – the Office of the Deputy Prime Minister, which will oversee local government and the regions – will continue its involvement.

He says: “We can’t pre-empt the decisions of what is effectively a new department.”

The decision to reorganise the DTLR came as the department was attempting to decide on a new marketing structure. Murphy was overseeing marketing while head of marketing Charles Skinner had taken over responsibility for the areas previously covered by sacked head of communications Martin Sixsmith.

Byers’ resignation followed a series of ministerial blunders. He has been replaced by Department for Work and Pensions minister Alistair Darling.