The Chancellor said that the Authority will be responsible “for ensuring the good conduct of business in the UK’s retail and wholesale financial services, in order to preserve our reputation for transparency and efficiency”.

No details were given but it is thought that the new body will be responsible for regulating promotion and mis-selling.

It is also understood that it will cover the Retail Distribution Review, which aims to reduce the miss-selling of investment products by banning financial advisers from receiving commission, and Treating Customers Fairly, an FSA initiative that aims to raise standards.

The Chancellor’s plan effectively brings to an end the current tripartite system of regulation – made up of the Financial Services Authority, Bank of England and the Treasury.

In a bid to avoid a repeat of the 2008 financial crisis, the Chancellor also announced the formation of an independent Financial Policy Committee at the Bank of England, “to look across the economy at the macro issues that may threaten economic and financial stability and take effective action in response”. 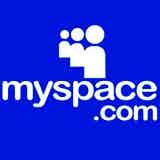 Jason Hirschorn is quitting MySpace after less than half a year as co-president of the social network.

Chocolate brand Ferrero Rocher has started a hunt for an advertising agency, ahead of a big-budget Christmas TV commercial.

At the Omniture Summit last month, we hosted various streams of digital seminars and found that following analytics, conversion was the most popular. This focus on conversion is reflected in the survey, with a big move towards customer experience.