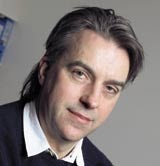 Apparently, alcohol advertising is “a contributory factor to youth drinking over time”. This innocuous-sounding conclusion to a major piece of research on 4,000 people aged between 15 and 26 has created a media headline frenzy out of all proportion to the mildness of its language. The reason being that, if taken at face value, it drives a coach and horses through the drinks industry’s classic defence of its &£200m UK advertising spend, namely that ads merely persuade youngsters to switch brands rather than get hooked on alcohol.

And how has the drinks industry dealt with this onslaught? With legalistic aplomb. According to David Poley, head of policy at the Portman Group – charged with promoting sensible drinking policies – the results of the survey are largely irrelevant because it was conducted in… the US. It seems tighter advertising regulation in the UK makes all the difference to the relevance of the survey’s results over here. He neglects to mention, by way of balancing perspective, that legal restrictions on the consumption of alcohol are very much stricter in many US states than they are in the UK.

This is a feeble riposte indeed. And it is to be hoped that the Drink Aware Trust, which is shortly destined to inherit the Portman’s careful drinking mandate, makes a better fist of defending the drinks industry than resorting to the kind of sophistry typical of the tobacco industry at its most paranoid and devious.

The point of this piece is not, however, to cast aspersions on the tactics of the Portman Group but to draw attention to what must be one of the main themes of marketing in 2006. A number of sectors are increasingly stigmatised – almost criminalised – in the way they are perceived. To be sure, fast cars (or SUVs for that matter) can kill people; alcohol abuse does sometimes result in cirrhosis of the liver; and excessive consumption of junk food may well lead to heart disease later. All the same, only a few years ago an attitude effectively pairing the promotion of products in these categories with that of indubitably harmful tobacco (which is pretty much where we are now) would have been unthinkable. Now we are well and truly in the grip of what might be called the domino theory of advertising: which domino piece, or category, will fall next? Might it be computer games which, with their overly visual appeal, could be considered unsuitable for the development of young minds? Or no-frills airlines which, with their irresponsible promotion of cheap flights, contribute vastly to the pollution of our environment? Or Tesco, for just being too big?

Nor is this assault of the politically correct confined to product categories. An initiative by the Department of Trade and Industry, acting at the behest of the European Commission, could in theory lead to the criminalisation of “pester power” (MW December 1). It remains to be seen how “pester power” could be legally defined, or a prosecution effectively brought; nor does this government have much appetite for badly drafted, unenforceable laws (fox-hunting excepted). Nevertheless, the very existence of the debate shows how advertising and promotion are under threat as never before. The industry will need to gear itself up yet another level if it is not to be scapegoated for what are often complex social problems in which marketing plays a relatively small part.