The NewsCore service will distribute news stories, audio and video within News Corp companies, such as BSkyB, the Times and Fox News, according to MediaGuardian.co.uk.

NewsCore, set to be based in New York, is recruiting for positions within New York, London and Asia.

An internal News Corp document obtained by MediaGuardian read, “When Sky News reports that Gordon Brown has called an election, everyone in the NWS family can run with it. When TG24 learns that Vesuvius has blown its top again, everyone in NewsCorp will have it. Immediately. And from a source we can trust – us.”

It is understood a launch date has not been set.

Other News Corp companies, owned by Rupert Murdoch, include the Sun, the Wall Street Journal and MySpace.

Marketers are warning of the “seismic” effect that a ban on advertising alcohol and the prohibition of sponsorship of sporting and music events by alcohol brands would have on media owners and rights holders. 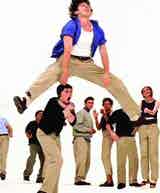