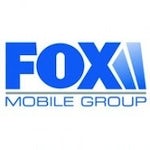 The planned sell-off would include Jamba – the company behind the Crazy Frog ringtone – which it bought for an estimated total of $388m in 2008 and operates under the Jamster brand.

However, in a meeting with investment analysts, Chase Carey, News Corp COO said, “We are perusing a process to potentially sell that [Jamba].

“We prefer to build businesses rather than buying them. It’s been the foundation on which we’ve built this business. It’s certainly what we plan to pursue.”

Fox Mobile Group was formed in an attempt by News Corp to leverage the mobile distribution rights over its entertainment brands, such as The Simpsons.

However, repeated attempts to launch a Hulu-like VOD service for smartphone users have yet to be successful.

Previous speculation over the future of Fox Mobile linked Spain’s Zed Group or Italy’s Buongiorno in a move for the group (nma.co.uk 11 March 2010).