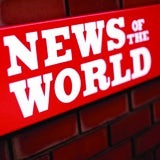 Chief executive Rebekah Brooks has launched a three year internal review dubbed “Changing the Game” across all News International’s divisions, from marketing to editorial, in order for the company to investigate how it can “invest smarter” in digital content.

For example, the advertising division will look at how it can leverage ad sales and its cover price around popular seasonal editions of the Sun, such as on Grand National day, in the same way that ITV charges a premium for advertising around the X-Factor series.

Circulations across all News International’s newspaper titles are decreasing. The Times’ circulation is down 13.49% year on year to 446,109 and The Sun has dropped below its psychological 3 million benchmark by 4.02% year on year to 2.8 million, according to the latest ABC figures.

The Times, Sunday Times and News of the World have all introduced paywalls on their websites to generate extra digital revenue to allay declining print sales, with The Sun soon to follow.

News International’s sales team has appointed its former regional director of sales Sandra Tinker as its transformation director for the review process. It is expected other divisions will also appoint specialist efficiency strategists as part of the three year initiative.

The Changing the Game internal review comes at the start of News International’s financial year and 18 months since Brooks joined to lead the company.