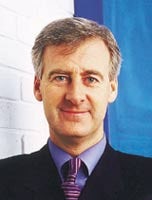 Carat’s boycott of Channel 5, which has led the media agency to pull all its clients’ advertising off the station, has collapsed after News International broke ranks and struck a deal to put Sunday Times ads back on air.

It is understood that News International negotiated an individual agreement between one of its executives and C5 sales director and deputy chief executive Nick Milligan to return ads for the Sunday Times to C5. EMI/Virgin is also advertising again on the channel.

But other Carat clients such as Asda, Abbey National, Diageo and Nissan have been absent from C5 during the nine-month row over terms.

The dispute erupted at the beginning of the year after C5 demanded that Carat increase the share of its &£250m broadcast budget spent through the channel from five per cent to seven per cent. Carat argued this did not represent good value.

Carat London managing director Colin Mills says: “Yes, we are now trading on C5.” Milligan was unavailable for comment, but observers say that while individual clients may have struck deals, Carat’s boycott continues.

However, it is thought that the dispute will be resolved during the current trading round when TV stations’ airtime sales teams strike deals with media agencies for next year’s trading. One buyer says C5 is likely to tone down its demands after seeing a slight decline in its share of ABC1 viewers.