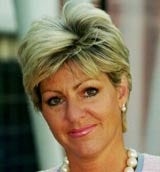 News International’s (NI) foray into magazine publishing, announced last Friday, is not the first time the newspaper publisher has attempted such a move.

Rupert Murdoch decided as far back as 1987, when he published youth-oriented Sky magazine as a joint venture with French publisher Hachette, that magazines have more global potential than newspapers. A separate company, Murdoch Magazines, was created at the same time to import US title New Woman to the UK. Murdoch Magazines also published Automobile, Elle and Premiere in the UK and in America until it ceased trading in 1991.

However, news that NI is re-entering the burgeoning consumer magazine market came as a surprise to many. NI executive Camilla Rhodes will leave her post as managing director of The Sun and News of the World publisher News Group Newspapers to head the new division as chief executive. A News International spokeswoman says: “Rhodes will be the chief executive of a new magazine publishing arm at NI. The division will manage and launch a portfolio of consumer magazines in the UK newsstand market. The Sunday Times Travel magazine, launched as a pilot in 2003, will form part of the new division.”

With the challenge of the internet and the consequential predicted slump in print ad revenues perhaps reflecting the current long-term decline in newspaper circulation, the dominant publishers are scrambling around trying to acquire the means to future prosperity.

In order to keep up with a perceptible shift to non-traditional media, Trinity Mirror and the Daily Mail &amp; General Trust have both bought online recruitment sites recently. In July, Murdoch spent $580m (&£315m) on Intermix, owner of the Myspace portal, which interacts with readers, providing news, music and videos.

Vizeum head of press Alex Randall says: “In the short term, circulations are robust and newspapers still reach millions of people with the immediacy and relevance you would expect. Though media across the board is fragmenting, print is second only to television in the number of people it reaches and no other medium looks like challenging that fact in the near future. But in the long term, newspaper circulation is declining and trends for growth online look set to continue, so you’d expect publishers to be looking at new revenue streams.”

However, Starcom MediaVest press director Ian Tournes says the new division needn’t necessarily be linked to the weakening health of newspapers. He says: “I wouldn’t think NI is looking to concentrate on magazine publishing because it sees a terminal decline in newspapers, more because it wants another string to its bow.”

What is clear is that NI has both the money and the editorial know-how to succeed in magazines. Not that this counts for much if it doesn’t make the right choice of title. NI successfully publishes London Property News magazine and the Sunday Times Travel magazine, but Know Your Destiny, a horoscope magazine launched in January 2000, closed in September 2001. That was NI’s own title and rumours abound that the new division will be based around a joint venture, though this is as yet unconfirmed by NI.

One industry insider says: “I think NI will aim its launches carefully. Mass-market celebrity and women’s magazines such as Pick Me Up perform the best. NI could also launch a men’s weekly magazine to take on Nuts and Zoo. If rumours are true, Nuts and Zoo will become more frequent, maybe twice or thrice weekly, so launching a competitor with the kind of content The Sun and News of the World do well would be a good defensive move.”

Telecoms company Toucan has appointed former Compass Group marketer John Prior as its first marketing director. Prior, who has already joined Toucan, will be responsible for spearheading the company’s assault on the UK telecoms market. Toucan marketing manager Miles Barry will report to Prior. The company, which is owned by US-based telecoms company IDT, introduced […]

Direct Line has poached More Than marketing director Mike Tildesley to join the company in the same role. Peter Corfield, who had been overseeing the role temporarily, will return to his role as marketing director at sister company Churchill.