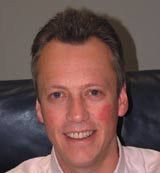 News International has put the pitch for its &£30m media planning and buying business at Carat on hold following the departure of Richard Webb, the general manager of News Group Newspapers (NGN).

Webb’s sudden departure last month (MW July 21) followed the promotion of his counterpart on The Times and The Sunday Times, Paul Hayes, to managing director of Times Newspapers. Webb was replaced as general manager of NGN by TNL commercial director Mike Gordon.

It is understood that Webb initiated the planning and buying pitch before he left his job.

A spokeswoman for News International confirms the delay and says the pitch has been put on hold following “management changes”. She adds that the pitch will still go ahead as planned but it is not known when.

Carat holds the account for both NGN and Times Newspapers Limited (TNL), which publishes The Times and Sunday Times titles. The AAR was handling the pitch process.

As part of the management changes, TNL marketing director Andrew Mullins was promoted to general manager and his former role is still to be filled.

Virgin Radio, the Scottish Media Group-owned station, is launching a national brand advertising campaign under the strapline: “The Music We All Love” to support its new positioning. The campaign is the station’s first brand campaign in about three years and marks a move away from advertising focused on the type of music the station plays. […]

Skechers, the fashion footwear brand, is seeking a media buying agency following the growth of the brand in the UK since its launch in 2001. The company retains Media Insight for outdoor, print and television advertising.