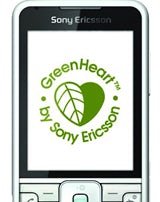 The mobile recycling scheme is one element in a long-running newspaper campaign, aimed at reminding readers that going green can save them money, as well as help to save the planet.

According to the newspaper, nine out of ten phones recycled through the News of the World’s scheme are refurbished and end up in emerging economies like China, Africa and India. The rest are recycled for spares and precious metals. In its first year, it has recieved 37,861 phones at an average price of £26.42 per handset.

The green campaign began in February last year and saw 14,000 readers making grant enquiries to the Energy Saving Trust’s website on day one with thousands more in the following weeks.

The newspaper’s call to action to support the WWF’s Earth Hour initiative also generated over 20,000 signatures for the WWF’s global petition, calling on world leaders to take action to tackle climate change.

It has also teamed up with the Forestry Commission to launch a Seeds for Schools programme, encouraging every primary and secondary school in the UK to plant a total of one million trees.

The News of the World’s associate editor, Gary Thompson, who launched the Go Green and Save Campaign, says: “We have literally paid out more than a million pounds to our readers over the last year in return for their old mobile phones – an extraordinary amount of money which will make a huge difference to their lives, particularly at this time when every penny counts.”

“This has been the most successful environmental initiative we have ever run at the News of the World. It proves how doing your bit to save the planet can genuinely mean more money in your pocket too – it’s a win-win situation for everyone. We all have old handsets lying about gathering dust in drawers and this is a great way of turning them into money and saving them from simply going into landfill.”