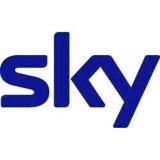 The US media giant has lodged a notice of intent with the European Commission. A full notice is expected to appear in the Official Journal of the European Union tomorrow (3 November).

It had been expected that NewsCorp would notify the Commission of its intentions this week before the deal can progress.

NewsCorp currently owns 39.1% of BSkyB. Earlier this year it proposed a 700p-a-share buyout of the remainder of the company that would value the firm at £12.6bn.

Sky initially rebuffed the offer, claiming it undervalued the company. A deal in the region of 800p-a-share is now expected to be struck.

Media groups including the BBC and BT have written to business secretary Vince Cable asking him to intervene and halt the deal, claiming it “could threaten the future of other UK press and TV groups.”

Now NewsCorp has notified the European Union of its intentions, the Commission has up to 25 days to decide whether to investigate further.

In addition, Cable has about two weeks to step in, with media regulator Ofcom and the Competition Commission also likely to look into the deal.

Such an investigation could take months, with some predicting that no deal will be completed until next summer at the earliest.