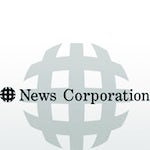 Offering its own news content alongside that of other news organisations on a paid for basis is just one idea that has been discussed as part of NewCorp’s Project Alesia, which sees the US operation looking at different ways to develop NewsCorp’s digital strategy.

Any such project is said to be in its early stages, and is likely to change and evolve depending on a number of factors, including potential news partners’ individual digital strategies.

The news giant has already looked at sharing content more freely between its own news providers with the development of the NewsCore service, allowing the likes of BSkyB, the Times and Fox News to share content more easily.

Offering an aggregated ’one stop shop’ product could be of some concern to NewsCorp’s individual News International brands in the UK, which are taking their early steps into paid for content.

In April, NewsCorp boss Rupert Murdoch said he was keen to stop search engine giant Google from “taking its news for nothing,” and at the end of last year he stated his desire to stop free aggregator sites from becoming the power behind the news, calling the position “untenable”

The Times launched its paywall in July, and the News of the World launched its version on this weekend. The Sun is expected to follow shortly.

In August, ComScore said The Times had seen its unique visitors almost halve since the launch, but the decrease hadn’t been as drastic as some industry observers have predicted. 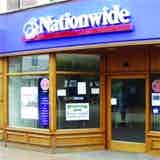 Nationwide is cutting its sponsorship division following the end of its 11-year partnership with the England football team in July this year.