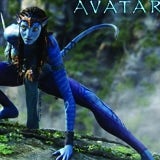 Twentieth Century Fox reported operating income of $248m (£150m) for the third quarter, down from $497m (£300) in the same period last year, which was then boosted by Avatar’s record box office performance.

Its publishing division, which houses the Times and Sun newspapers in the UK, reported operating income of $36m (£21.8m), down $207m (£125m) from the same period a year ago. NewsCorp attributed the loss to advertising revenue declines and costs related to the launch of The Daily.

The company is currently assessing offers for its struggling social networking site MySpace. Its division made a loss of $165m (£99.9m) in the quarter.

The media giant was boosted by strong performances from its cable and television divisions, which, combined, grew 48% in terms of operating income to $192m (£116m).

NewsCorp is currently bidding to take over the 61% of BSkyB it does not already own but the former’s chief operating officer, Chase Carey, told analysts yesterday that Sky’s increasing share price is “clearly troubling”. The broadcaster’s shares are currently 849p.

Carey added: “We’ll be very discliplined about the price, and we will pursue other options with our capital if we can’t reach a reasonable deal.”