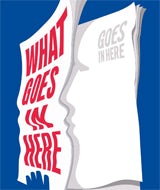 It comes as it unveils research in support of the effectiveness of newspapers in building brands.

Since the NMA was set up by the national newspapers in 2003, it has conducted insight research in nine consumer categories, covering half of the UK’s £10bn-a-year display advertising market.

Overall, the research shows that national newspapers have gained market share in six of the nine researched categories over the six years. They were in retail, food, cosmetics and toiletries, clothing and accessories, drink and household stores.

Maureen Duffy, NMA chief executive, says: “The picture that is too often painted of the current situation in national newspaper advertising is unremittingly gloomy.

“But NMR ad revenue data proves that national newspapers have outperformed the market where they have invested in building and marketing a business case for advertisers.”

In April, NMA launched an ad campaign aimed at highlighting the quick turn around capability of newspaper advertising

It formed part of the industry body’s on going “Iconic Ads” campaign.