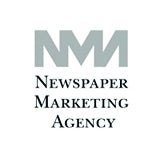 The only other marketer on the NMA board is director of brand and communications at e.on Jeremy Davies.

The NMA says that Davies’ contribution “has shown the value of having experienced and independent figures on the board” and the new recruits will offer insights and guidance on the motor, food, household and cosmetics and toiletries sectors.

The expansion of the NMA board follows a review of the agency’s activities by its stakeholder body, the Newspaper Publishers Association (NPA). The NMA board now becomes part of the newly-established NPA commercial board, which will oversee all the commercial activities of the NPA.

Duffy and Bristow attend their first board meeting this week when the NMA is due to release an annual report showing national newspapers now take 16.4% of display advertising investment from the top 100 advertisers compared with 13.1% in 2003, according to Nielsen.

The report also shows that the share of display ad revenue from 22 non-traditional newspaper advertisers has more than doubled to 4.6% in the year to June 2010 from 2.2% in 2003.

NMA chief executive Maureen Duffy says newspaper owners have not cut their budget contribution to the NMA during the economic downturn and the main challenge for next year is addressing clients’ questions about digital offerings.

Duffy says that clients do not see the paywall versus free content debate as a priority. “They want an aggregated picture that tells them the key market metrics and some engagement data.”

She adds that while some sectors, particularly finance and automotive, have collapsed, the NMA is helping publishers shore up revenues from other sectors and is spotting opportunities.

A target for 2011 is to generate more display ads from pharmaceutical companies for over-the-counter medicines and from the computer industry, she says.