The high cost of petrol has affected Tesco’s sales as shoppers spend more of their budget on fuel.

Profits at Majestic Wine increased 117% boosted by sales of wines costing more than £20 a bottle.

“Free from” food ranges aimed at people with food intolerances are the fastest growing category, according to supermarkets.

Tesco is in talks to buy South Korean supermarket chain Kim’s Club Mart, as part of its ambitious international strategy.

Tourists spending in London on the rise

London retailers benefited from tourists taking advantage of good weather and the strong pound in May.

As Burberry reports record profits its chief executive has been rewarded with a maximum bonus of £1.8m

Tesco chairman to stay on

Tesco chairman David Reid has pledged to stay on at the chain for a further 18 months to maintain boardroom stability at Britain’s biggest retailer.

Total sales at the department store were up 17.9% to £53.9m for the week ending June 5 as the hot weather boosted demand for TVs, barbecues and football shirts ahead of the World Cup.

Click and Collect brings online to the high street

Click and Collect services such as those offered by Argos are proving popular with shoppers and allowing online retailers to establish a presence on the high street.

Clarke to replace Leahy at Tesco

Philip Clarke is to replace Sir Terry Leahy at the helm of Tesco, when the CEO retires in March. Clarke has risen trough the ranks of Tesco since joining more than 30 years ago.

Retailers are expected to get a huge boost in sales if England makes it to the final of the World Cup.

Home retail group has reported an 8% fall in sales at catalogue retailer Argos, citing a drop in demand of video games and televisions.

US retailers reported an unexpected fall in sales during May, the first drop in eight months.

From The Independent on Sunday

The Institute of Direct Marketing (IDM) has awarded lifetime memberships to three key figures in the direct and digital marketing industries. 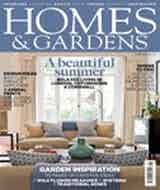 IPC is leveraging its Homes & Gardens brand further with the launch of a range of cleaning products based on natural ingredients.

Spanish banking giant Santander is set to buy 318 of the Royal Bank of Scotland’s high street branches, after all the other bidders dropped out.