Primark to take over 10 BHS sites

Primark is to take over the leases of 10 BHS stores after striking a deal with Sir Philip Green. It follows Green’s decision to merge the 185-strong BHS chain into the rest of his Arcadia retail empire last year

Virgin Money, the financial-services business owned by Sir Richard Branson, has hired three senior executives to support its move into high-street banking. The group is expected to make a bid for the network of 300 branches put up for sale by Royal Bank of Scotland.

Starbucks profits back on form

Starbucks is expected to deliver its best quarterly figures in two years this week as chairman and chief executive Howard Schultz travels to London to begin a European charm offensive. First quarter net income is expected to be around $217m (£133m) compared to $64.3m for the same period last year.

Possible sale of Pets at Home

Pets at Home, the UK’s largest pet retailer is said to have held pre-marketing discussions with UK fund managers last week prior to a possible flotation of the business.

From The Sunday Telegraph

Retail chains up for sale

Matalan, New Look, Pets at Home, Ocado and Supergroup, the owner of fashion brand Superdry are all being touted for sale either to private equity firms or stock market investors.

From The Mail on Sunday

Shares in Asos fell after a trading update from the online fashion retailer showed sales growth in the second half had slowed,

Debenhams has launched a divorce gift list service which aims to encourage the friends and family of separating couples to pay for household items suited to their newly single life.

Shares in Next, Home Retail Group and Debenhams dropped after Citigroup downgraded Britain’s retail sector and said it expects UK retailers to return to negative growth in like-for-like sales in 2010.

Asos to launch US site

Asos.com announced that it is planning to launch a US-specific site later in 2010. Asos currently sells to 150 countries from the UK site, but the US is seen as an increasingly important market.

M and M to open in Germany

Analysts are predicting that the online grocery market will double in five years, bringing hope to the UK’s supermarkets.

The head of its banking arm is looking to capitalise on high street turmoil besieging banks and set the supermarket’s banking arm up as a high-street bank offering a more positive banking and insurance experience. 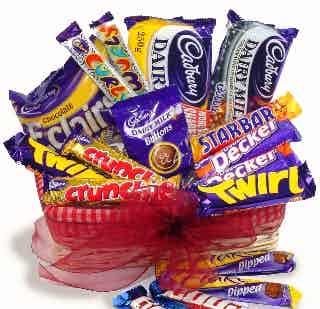