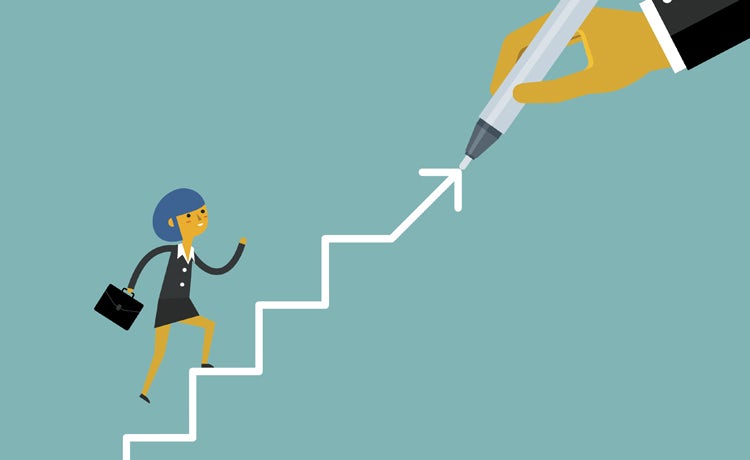 It’s no secret that times are tough on the UK high street. One of the things that seasoned retail marketer Ali Jones feels is currently lacking is innovation, which has been central to her roles at some of the UK’s biggest names on the high street, from Next, Debenhams and Arcadia to her current position as customer director at The Co-operative Group.

“If you look back at the time I was at Debenhams, we achieved a lot of firsts. We launched the first gift card in the UK, the work with our data, our store and credit card, the [partnership] with Nectar – there was a lot of innovation,” she says.

Alongside innovation, something else Jones has also strived to do is change perceptions of what marketing is to the wider business.

“Particularly in fashion retail, marketing is often seen as the colouring-in department. What I’ve tried to do is move marketing to be seen as a customer team, a business partner that helps bring the customer into the room all the time. That’s done by looking for new opportunities, being more strategic and not just being at the end of the journey. [You need to be able to] show how great marketing can really drive business performance, which hasn’t always been the case in a lot of businesses.”

In her first job at Next, she says the retailer’s approach to multichannel shopping – encapsulated by its ‘one brand, three ways to shop’ mantra – was unusual in the early 90s, and is something many retailers still struggle with today.

Jones, whose father is former Next chairman Sir David Jones, landed a placement at the retailer during the last year of her business studies degree, when the company she had lined up pulled out at the last minute. While she says she “hates the nepotism thing” she was grateful for the opportunity. She says: “I promised myself I would go in as me, not as my dad’s daughter, but I had to work quite hard to make sure that happened.”

I’d thoroughly recommend to anybody who has the opportunity to live and work in another country to do it.

After three years at Next she chose to try her luck agency side at The O’Connell Partnership, and although she ultimately moved back to working in brands she describes it as “quite a pivotal role” in terms of understanding the relationship between client and agency.

“The way I am now as a client was fundamentally influenced by having experience on the other side,” she says. “I would definitely encourage young marketers to experience both sides of the relationship.”

A stint at catalogue brand Freemans led to her position at Debenhams, after the two firms set up a joint venture to launch the Debenhams Direct catalogue. Over the next decade, Jones worked under three CEOs at the department store, the second of which, Belinda Earl, she says was a real inspiration.

“It was an important moment for me as a young woman to see a female taking a role as a FTSE 250 CEO. While she was there she had one of her children, so she went on maternity leave, which again was incredibly unusual, and she really got the balance right.

Now, at The Co-operative Group work/life balance is just as important. While she still lives in London, she works half the week at the brand’s Manchester office, which has taken a bit of adjustment but was made possible by the fact her son chose to go to boarding school. “He absolutely loves it because he’s in a house with 60 other teenage boys and plays sport every waking hour and it means I can take the opportunity to work for an amazing brand.”

A taste of multichannel marketing

“Next was channel-agnostic which was quite unusual back in those days, so the foundation of my learning was to be able to provide inspiration, access to great products and the associated customer service, however the customer wanted to do it. If you look at how the high street was then that was quite innovative. Throughout my career that thinking has been there.

“Because Next Directory was such a big part of the business, the other thing which evolved from that was the way we looked at customer growth and sales growth. We were thinking about it at a customer level, not just a capital level, in terms of how many new stores we were opening, how to acquire, retain, grow customers. These are all very much the foundations for how we operate in this multichannel world today, where unless you keep customers engaged with your brand you won’t survive.”

“There was quite a transformation [at Sears] while I was there. It was really interesting to see a corporate change its structure and pivot how it operates to make it a bit more resilient to the fact the world changes a lot. While I was there Selfridges was spun off and Sears was bought by Sir Philip Green who then decided to completely break the business up and sell off all the component parts instead of running it as the business had been run before.

“The component part I was involved in was Freemans. We were sold to a German home shopping company called Otto Group, so suddenly there was a change of ownership, which changes the business quite a lot so you have to deal with the impact and uncertainty. It is a fact of life, so having that happen early on in your career is quite good to experience.”

The power of innovation 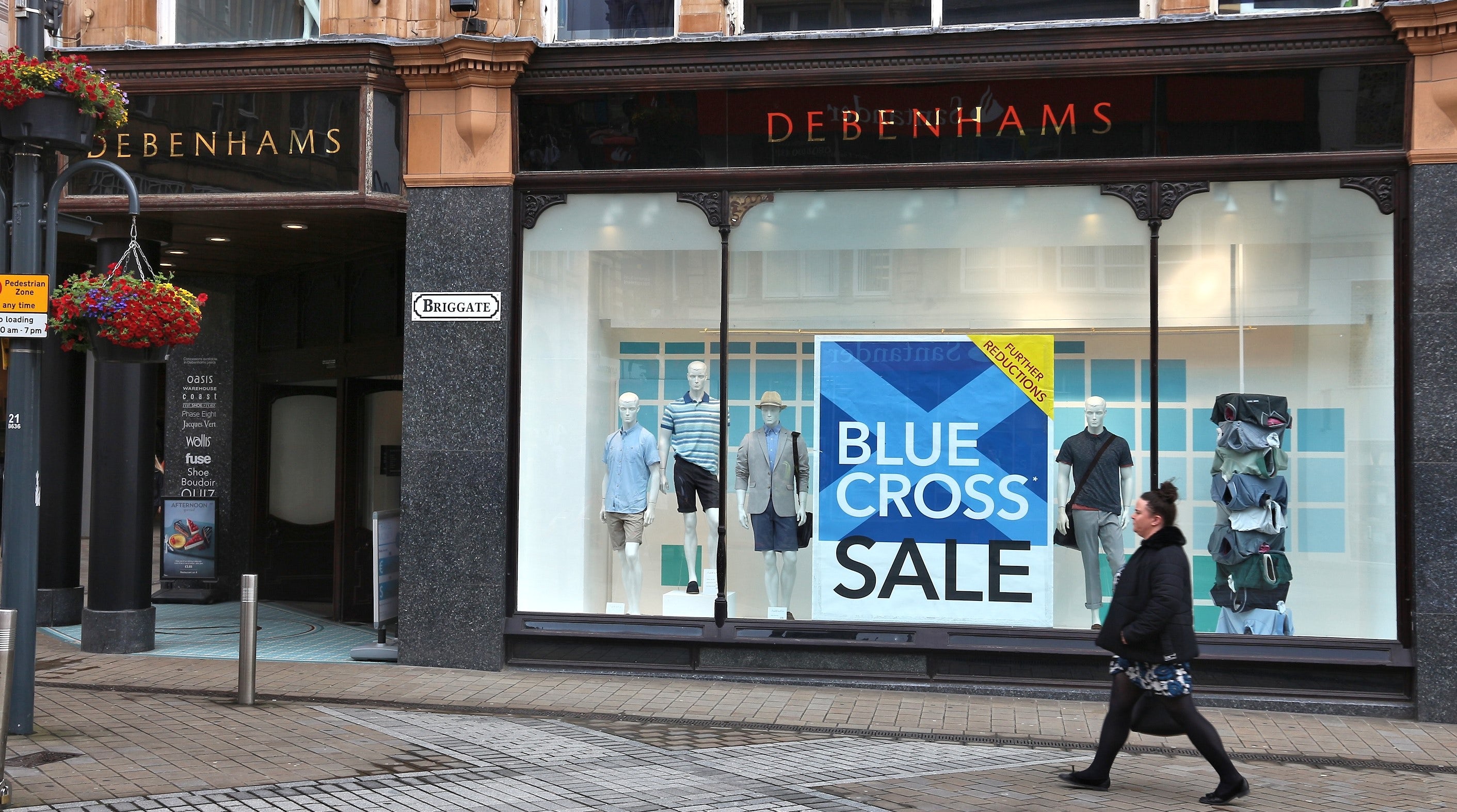 “Ten years probably sounds like a long time, but to me it was three experiences. There was the early part where Terry Green was CEO. We’d literally just launched Designers at Debenhams so part of my remit was to work collaboratively with the buying team to start to really grow that as a proposition. We were very well known for our blue cross sales and we had to pivot from being very discount driven to getting the balance between great promotions, which we knew our customers loved, to also raising the profile of the quality end of our fashion with our designers and starting to develop our house of brands.

“Belinda Earl then took over. Because she was a product person, a buyer, she was really keen to become a rounded CEO and was really open to hearing about opportunities from the marketing and customer team. In that time we had permission to really bring innovation to her. We launched the first gift card in the UK market, which was brilliant. We became a founder partner in Nectar alongside BP, Barclaycard and Sainsbury’s and that really transformed our data and our customer understanding.

“We were then taken private, and that was my third chapter. We had a new CEO in Rob Templeman, and we moved into a period as a VC-owned business. The culture changes quite significantly. It goes back to being much more entrepreneurial and fast paced, which is incredibly refreshing because it means you can make decisions quickly, move fast and there’s less politics.”

“The group marketing role was interesting. I wish I could have cloned myself because obviously there were seven businesses at the time and trying to spend time supporting all of them was challenging.

“Each of the brands had its own positioning in the marketplace and it was really about making sure they had their own distinctive reason for being and focusing the different teams on what their role was.”

Learning the importance of culture

“I was approached [about the position] and it was one of those difficult decisions. I remember discussing it at the time and saying this type of job only comes up once in a lifetime. And although I would have liked to stay at Arcadia longer and for the opportunity to come later, the timing just never really aligned so I moved on.

I really enjoyed my time at M&S but culturally it wasn’t really right for me and I probably didn’t do the due diligence to understand what the culture of the business was.” 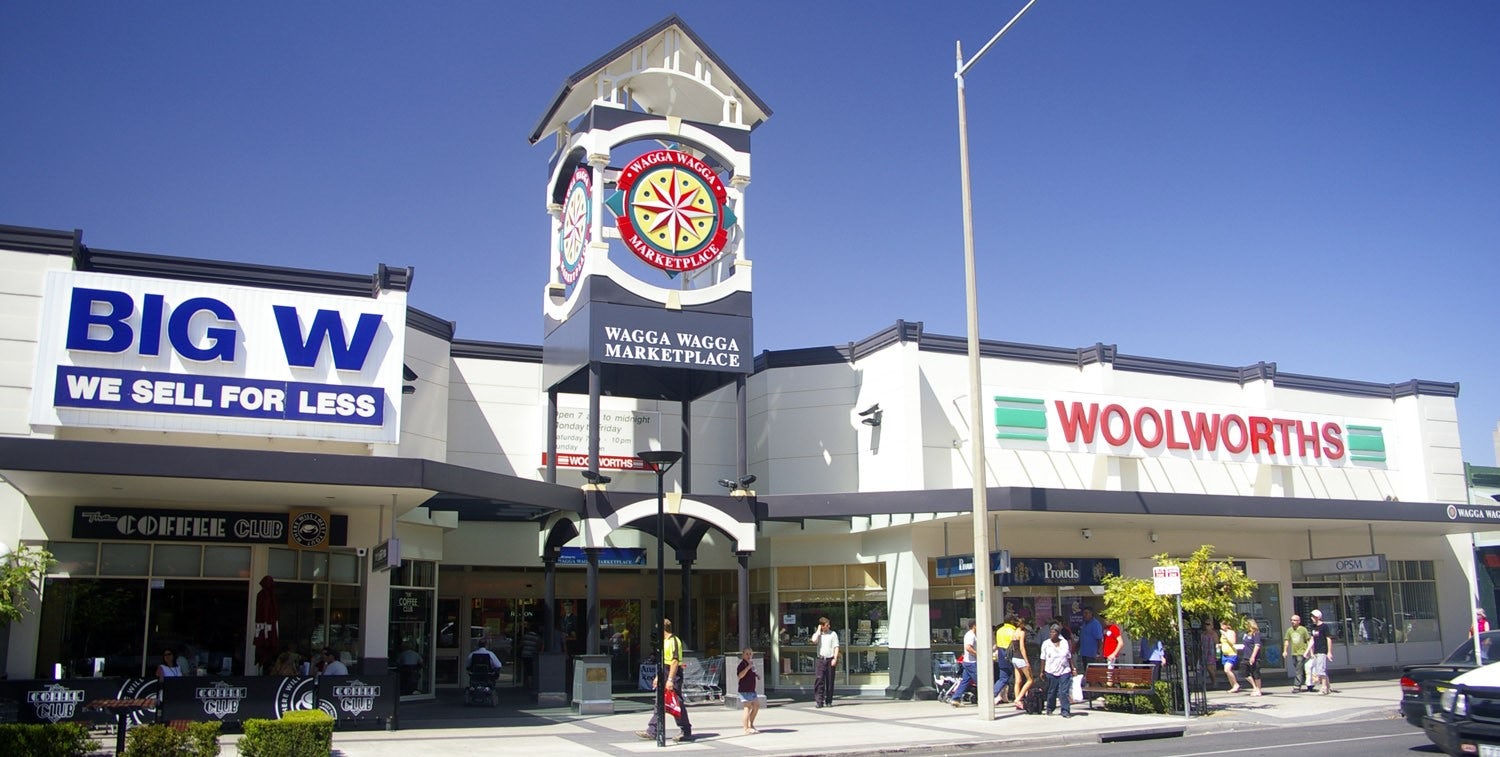 “I decided to leave M&S and look at the different opportunities and at the time there were quite a lot of Brits going over to Australia. I’d had a few phone calls and went to meet the team at Woolworths. I chatted to my husband and my son, who was eight or nine at the time and [we decided] it was a good opportunity in terms of our family life stage to go and experience something [different].

“I’d thoroughly recommend to anybody who has the opportunity to live and work in another country to do it because it makes you learn to appreciate the UK and what we have here.”

“I wanted to bring my experience of being a client to help the business become more client-centric, but also there’s so much happening in terms of data, tech and digital that actually working closer to that in an agency that is investing in this area allowed me to enhance my knowledge.

“The plan was always to go and work there for a longer period of time to really enhance my skills but a bit like before, the Co-op job came up earlier than I would have liked. But again it was an experience that I couldn’t not have a conversation about.”

A chance for long-term focus 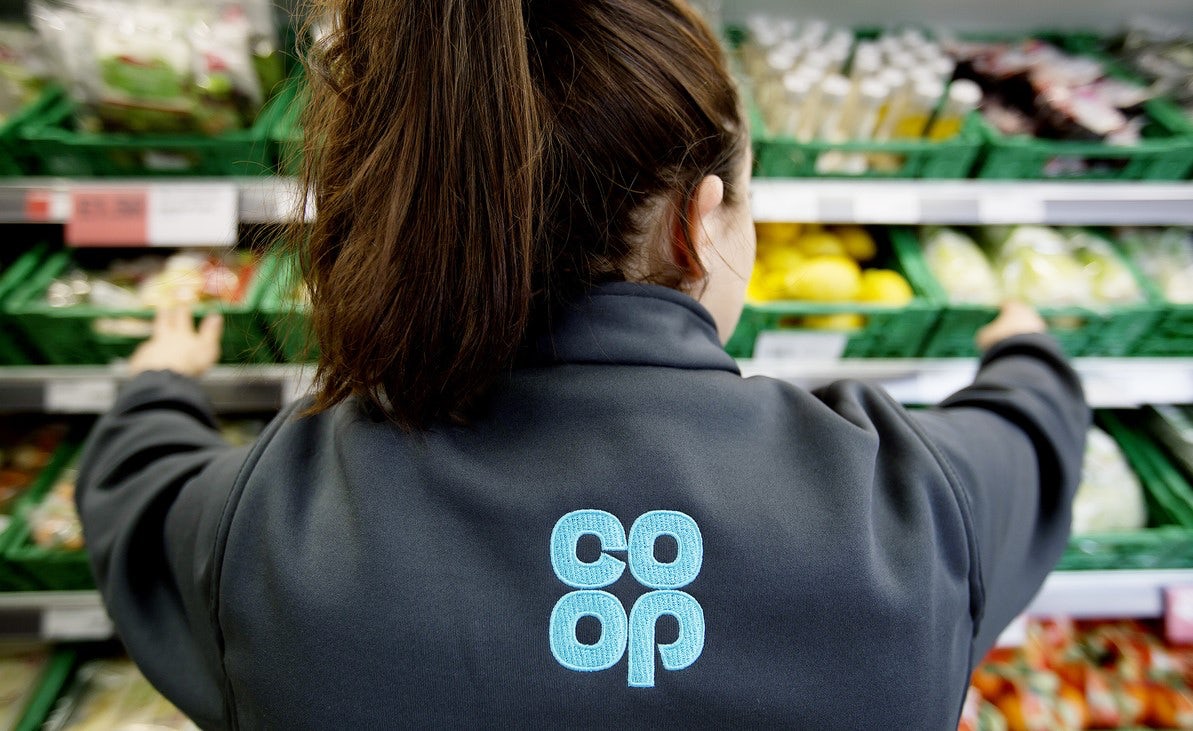 “The whole purpose of The Co-op is co-operation, which really attracted me to the role. The brand, our customers and our colleagues are important and that’s always something that as a CMO or marketing director you’re fighting for, but you have to try and balance short-term returns with long-term investment.

“Whereas at the Co-op, yes, we want to hit our numbers – we’re still a very commercially-run business because every penny we spend is our members’ money and if we don’t spend it well or we waste it then it’s less money going to make a difference in our local community – but there’s a much stronger medium- to long-term view of what you can do to build the brand. So it’s something as a marketer you’re always looking for but in a structure like this it allows it to happen.” 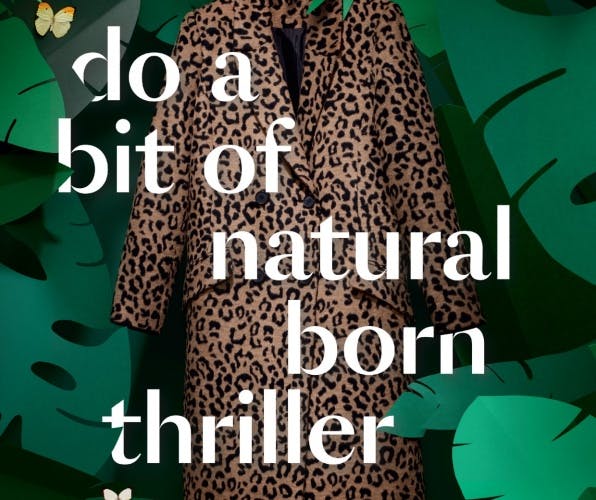 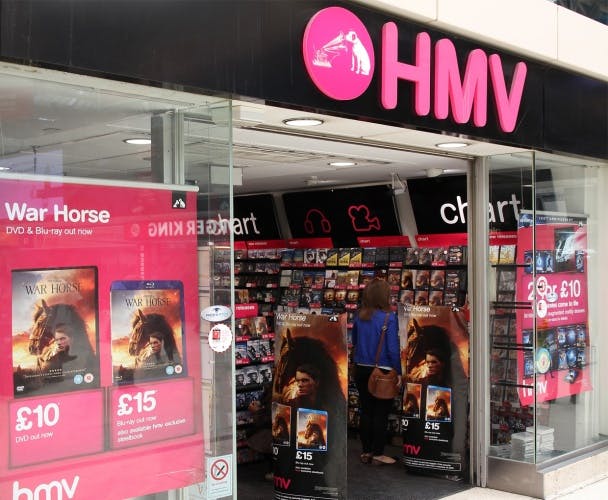 HMV is far from being a phoenix rising from the ashes but it has been given another chance to prove its place in a digital-first world. But is it too late for the music retailer to turn its brand around? 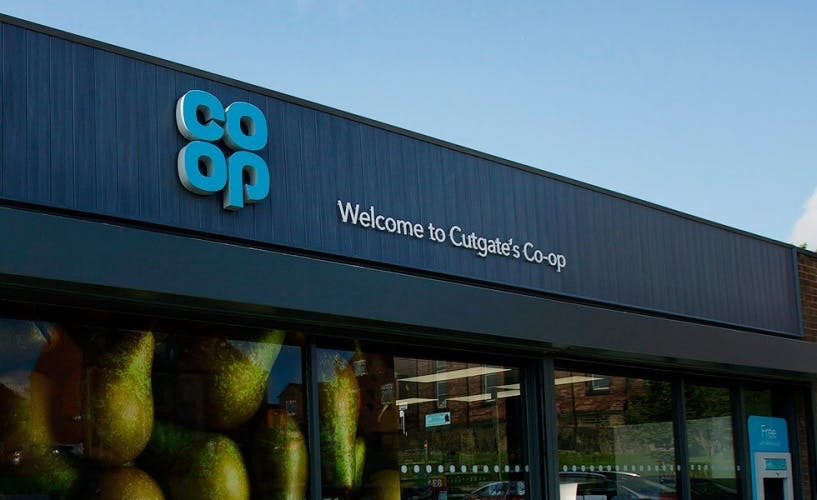 Having swung back to profit in 2017, the Co-operative Group now wants to better communicate its work championing causes that makes a co-operative different to other businesses.