Next CEO Simon Wolfson has admitted the retailer had been slow to see the opportunity in online marketing and the digital customer experience, but says Next has “learned a lot of lessons” from online competitors as it looks to innovate digitally at a much quicker pace.

“We’ve just significantly increased our level of investment in both systems and marketing – especially for big pieces of third-party software – and we have no intention of relaxing the rate at which we invest.

“We’ve learned a lot of lessons from other people in our industry and one of the things we’ve done is we haven’t spent too long deciding which software to use; we’ve gone for the one we know works well for one of our more advanced online competitors. This is one of the reasons we’ve been able to do this so quickly: we said, if it works for them, it works for us.”

As retail sales and profit continue to slide, Next is continuing to invest heavily in its online business and is set to increase investment by 25% this year.

Next is planning to increase online investment by £11m, or 25%, this year, taking its total digital spending to more than £50m. That will largely go into digital systems that will allow the retailer to target consumers better and deliver a more personalised shopping experience – from personalised promotions and homepages, to being able to personalise Next products.

That will involve deploying its data management platform “in anger” as it looks to more accurately target spend on third-party websites, tailoring the products on offer and the amount it pays for advertising to the potential of each customer. It says initial signs are “encouraging”, with Next seeing a 12% improvement on return on investment and an improved ability to target customer groups it could not identify in the past.

Next is also currently testing an artificial intelligence-based search engine that it will roll out in the next three months – “if it works” – in an effort to learn from customer behaviour and rely less on the attributes Next manually allocates to its products.

Bridging the online and offline gap

2018 will also be the year Next looks to bridge the “complex” gap between its online and offline shopping experience.

“Online marketing is about making online shopping easier and having stores doesn’t make it any less or more easy to shop online if you improve your systems,” Wolfson said.

“What we’re focusing on in the year ahead is integrating our stores with our online systems and that is complex and the most difficult bit.”

However, Wolfson believes Next is already ahead many of its competitors.

“In the clothing sector, there are no competitors that have the same level of integration between their online businesses and their store as we’ve got now,” he said.

Looking ahead, Wolfson said while Next isn’t expecting a sparkling year – “we’re not putting the bunting out” – the wider economic pictures doesn’t look as difficult as in 2017, which Next said was the toughest trading period in 25 years. In the last few weeks alone, retailers including Maplin and Toys R Us have filed for bankruptcy, while the likes of New Look, B&Q and Mothercare have warned over their performance.

Next is the first retailer to publish its Christmas results, performing better than expected, but analysts warn the result is still “far from perfect”. 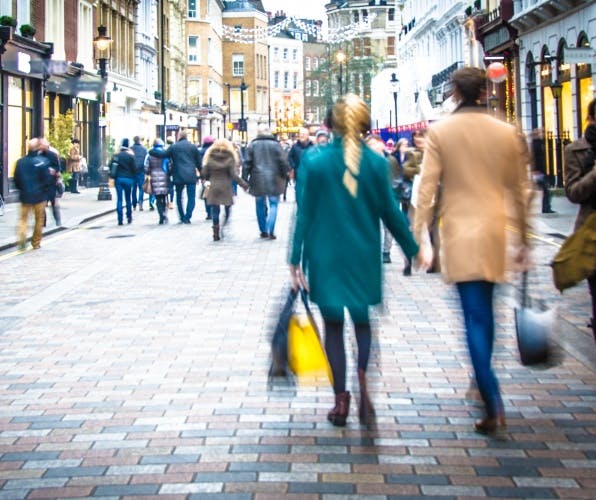 New analysis from brand tech agency Great State shows why big brands on the high street are sliding into irrelevance and and why the giant online retailers are not always the bad guys.