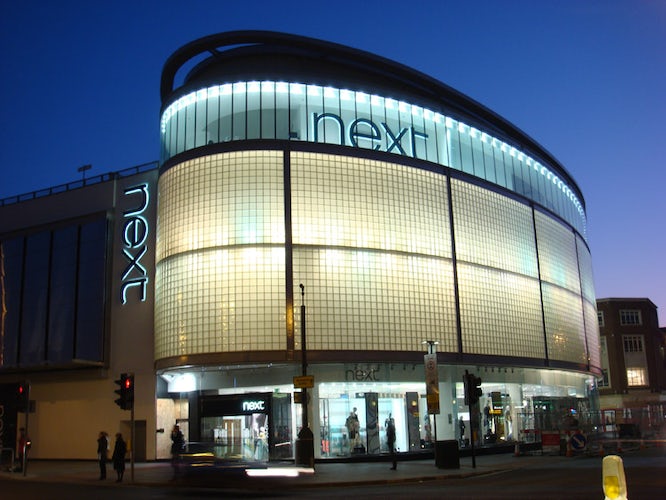 Earlier this month, Amazon launched the first big-budget advertising campaign for its new own-label Find fashion brand. The Find collection, which includes hero pieces such as a red, floral wrap dress and hot pink sock boots, as well as more timeless pieces such as a plaid trench coat, looks to be targeting the same everyday consumer of high street fashion brands such as M&S and Next.

However, Next chief executive Lord Wolfson insists his business isn’t in competition with Amazon or looking to retaliate against any of its recent fashion-focused marketing activity.

Speaking yesterday (14 September) during a half-year results briefing, Wolfson told Marketing Week: “It would too easy to slip into the terrible analogy of war; there’s no point. We would never retaliate against them [Amazon], the only thing you can do from the competition is learn from them.

“Over the last 15 years we’ve had the supermarkets move into fashion, the emergence of Primark, internationalisation – there’s always new competition coming to the market to challenge our position and always something we can learn from them.”

Shares in Next rose as high as 10% off the back of its half-year results after the brand upped its full-year profit estimates to between £687m to £747m, compared to its previous lower prediction of between £680m to £740m. Investor optimism has also improved due to the sharp fall in the pound following last year’s Brexit vote not pushing up Next’s prices as far as analysts had feared.

For the six months to July, its total sales fell 2.3% year on year as pre-tax profits fell 9.5% to £309.4m. Sales across Next’s large estate of stores fell 8.3%. It was better news for its online Next Directory business, however, which reported a 5.7% rise in revenues.

We would never retaliate against Amazon, the only thing you can do from the competition is learn from them.

While these results represent a slower rate of decline and slight improvement for Next, Wolfson denies momentum is returning to the business. He believes fashion will struggle for the rest of the year with Brits still more willing to spend big on the entertainment sector.

“Everyone is talking about how well we’re doing and the stock price is up 10%, but the reality is we’ve nudged our profit guidance up by 1% and we are still not in the momentum territory,” he told Marketing Week.

“I’d say we’ve potentially reached the bottom of the number of adverse trends, but they are not reversing – it’s just that they’ve not got any worse. The shift from clothing into other forms of spending is still here as the spend on entertainment and the pubs is still growing a lot faster than fashion.”

A scathing analyst from Berenberg said last month that Next could be in line for a “Kodak moment” unless it greatly reduced its number of stores and invested more in ecommerce.

But Wolfson is strong in his rebuttal of this claim. He says the fact Next operates all its stores on short-term leases of just 10 years means it rarely loses money. He says it invests on average £1m into each new store opening and in a “worst case scenario” makes £2.5m out of a single store.

Answering another journalist, he explained: “It is wrong to characterise our future plans as prioritising the online directory over in-store retail. We just go wherever our customers are. The reality is 50% of our online shoppers still pick up their purchases from a Next store so the two things are not separate entities but working in tandem.”