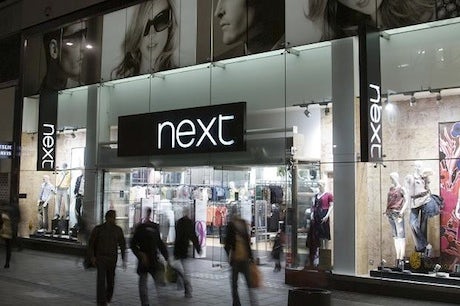 This morning (20 March) Next announced another strong set of results, with annual sales up 5.8 per cent and its pre-tax profits on course to overtake Marks and Spencer for the first time. This is a high street retailer flourishing in the new retail world, with its investment in online and multichannel paying off.

Despite this, Next’s brand perceptions have fallen across a range of metrics, according to YouGov’s Brand Index.

It does enjoy a strong reputation, typically sitting around third or fourth in a list of 28 high street fashion brands. Yet it is still behind rivals M&S and Debenhams in a number of perception measures and over the past year it has suffered from a decline in metrics including quality, value, impression and satisfaction.

Next’s overall index score, which takes into account how consumers rate the brand in terms of impression, quality, value, reputation, satisfaction and whether they would recommend it, peaked at 26.7 in March and April last year but currently sits at 22.1 – 4.2 points lower than last year and a statistically significant drop.

Consumer perception of quality has also slipped over the past year, down 6.9 points to 25.7, while its value score has fallen 4.8 points to 10.8. Buzz around the brand, a measure of the positive and negative things said in the past two weeks, has also dropped to 4.2, down from 9.2 a year ago.

Giving customers what they want

Next chief executive Lord Wolfson says he is not, however, focusing on changing customer perceptions.

Speaking in response to a question from Marketing Week at a press conference this morning, he said: “It is not about changing perceptions or the way customers think about us. It’s about giving customers what they want.

“Changing perceptions should not be the goal, the goal should be selling more clothes by producing clothes that our customers love. If we do that then perception will change. It’s the middle step that we care about,” he said.

Analysts agree that Next should not be overly concerned about what customers think of it. Stephen Springham says that unlike other fashion retailers, Next trades on its position as a “conservative, middle of the market boring player”.

That means while there might be some fluctuations in people’s opinions of the brand, it will never see the dramatic variations in perception of brands such as French Connection.

“Next is never going to be as loved but it’s also never going to go out of fashion. Next is not market defining, its stores are not stores of the future, its merchandise is not cutting edge…but people will probably like it for a lot longer than they like the ‘must have’ here and now brands that go in and out of fashion,” he says.

“Middle of the park” service

One of the reasons Next has been such a success is its ability to spot and deal with its weaknesses. Conlumino analyst Anusha Couttigane believes it is this frequent self-evaluation and swift implementation of strategies aimed at avoiding potential pitfalls that is the reason why its growth is outpacing the wider high street.

Next has now pinpointed in-store and call centre service as an area where it is lagging and needs to catch up. In research it commissioned, it found that it was operating, as Lord Wolfson put it, “in the middle of the park”, leading the company to make changes to recruitment, bonus schemes and training aimed at addressing the issue.

“What we want to do over the next year is move ourselves from a position where [service] is good but not outstanding to a situation where it is very good,” he says.

It is also switching from twice-yearly changes to its range to quarterly in an attempt to “catch-up” with the rest of the high street and is planning to take more “risks” with its fashion to ensure it keeps up with fast-fashion retailers. The launch of standalone brands site thelabel.co.uk suggests it is keen to keep an eye on retailers such as Asos, although Lord Wolfson insists that it is just a trial and not to read too much into it.

Next will be hoping all these improvements can help the retailer maintain its sales growth. They may even help boost customer perceptions to boot. 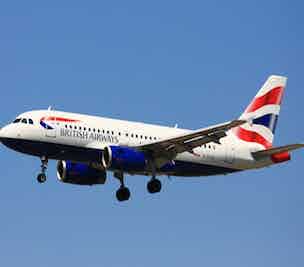 British Airways’ top marketer Abigail Comber says its communications strategy is changing to meet the needs of consumers “who don’t want to be sold to or advertised to”.