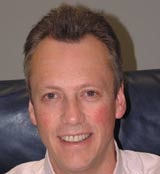 News International is remaining tight-lipped about the reasons behind the sudden departure last week of Richard Webb, general manager of News Group Newspapers (NGN), the division of News International that publishes The Sun and News of the World.

Webb’s exit last Thursday coincided with the promotion of his counterpart on The Times and The Sunday Times, Paul Hayes, to managing director of Times Newspapers. Industry insiders speculate that Webb, who joined NGN as director of advertising in 1995, may have felt snubbed. The move comes 15 months after former NGN marketing director Belinda Furneaux-Harris left under a cloud following a dispute over marketing strategy.

One source claims that the restructure is a reaction to the changing dynamics of the market, with most national newspapers suffering declines in circulation. Changes have already been made to The Times with the introduction of the compact version, resulting in a circulation increase of 3.67 per cent for the six months to June, compared with the same period the previous year (ABC). The Sun and the News of the World have both seen circulation falls for the same period, of 2.89 per cent and 4.55 per cent respectively.

Newspapers are also having a tough time when it comes to advertising revenue, but press buyers claim that this will have had little connection with Webb’s departure. One says: “The Sun and News of the World are extremely bullish in terms of driving revenue. I’d be very surprised if Webb’s leaving was because of revenue.”

Whatever the reasons behind the reshuffle, the market expects News International to trade just as aggressively as before. One source says: “The fact that no major external appointment has come in to shake things up at News International means it will trade pretty much as it was.”