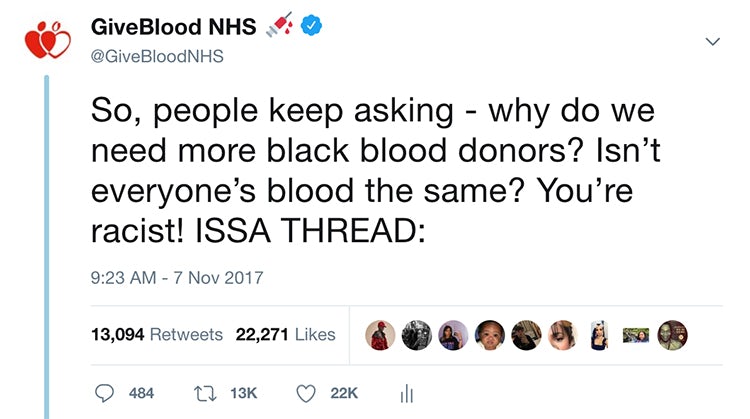 Getting people to donate blood is not an easy task. NHS Blood and Transplant did a great job at raising awareness through its ‘Missing Type’ campaign, which saw the organisation remove the A, O and B from well-known brands to highlight the need for these blood types back in 2016. But when narrowing the search down to a rare blood type most common in one particular community the issue of reaching the right audience is magnified.

That was the challenge for NHS Blood and Transplant as it looked to increase donations of a rare Ro blood subgroup, a sub-type very common in patients with sickle cell disease who require regular blood transfusions.

People from black backgrounds are more likely to have Ro blood but when the NHS initially started to look for donors it was accused of racism, with critics posting ignorant and hateful comments such as “all blood is red”, “black people have HIV” and “just put a van outside KFC”.

NHS Blood and Transplant realised it needed to get its message across in a simple yet informative way to help educate individuals about the need for Ro blood and the impact of sickle cell disease, in order to change negative attitudes and prompt black people aged 17 to 35 to donate – all on a minimal budget.

The result was ‘Issa Thread’, a 33-tweet thread using facts, stats and gifs to explain the need for black donors, the Ro blood type, sickle cell disease and why calling for black donors specifically is not racist but necessary.

NHS Blood and Transplant chose Twitter because of the ‘Black Twitter’ community, which focuses on black culture and issues in order to help spread the message.

Prior to going live it carried out an analysis of the best days and times to post and shared the content with a clinician to check for medical inaccuracies, before posting the final thread just before 10am on a Tuesday, after discovering this is when it see the greatest engagement.

The campaign, which was created in-house using zero budget, resulted in a 6% boost in black registrations. It generated 13,000 retweets, 22,000 likes and saw a 95% increase in positive sentiment and a 72% boost to organic registrations. The activity also achieved 12 million impressions on Twitter and trended in both the UK and the US.

Most importantly, though, NHS Blood and Transplant was able to change attitudes about blood donation in the black community, helping to provide more right-matched blood for those living with sickle cell disease, all of which helped it pick up the Social Media award at the Marketing Week Masters. 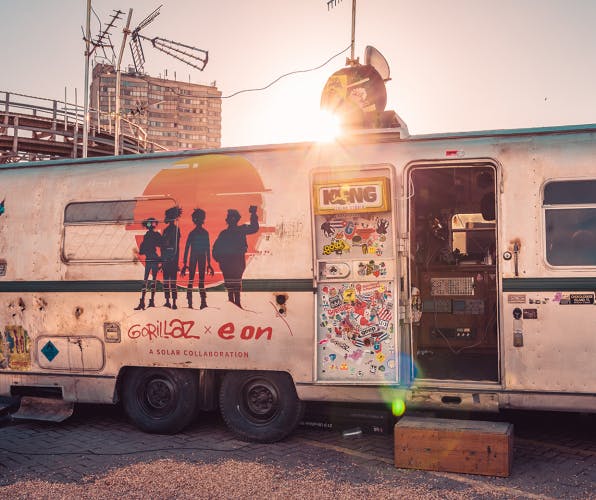 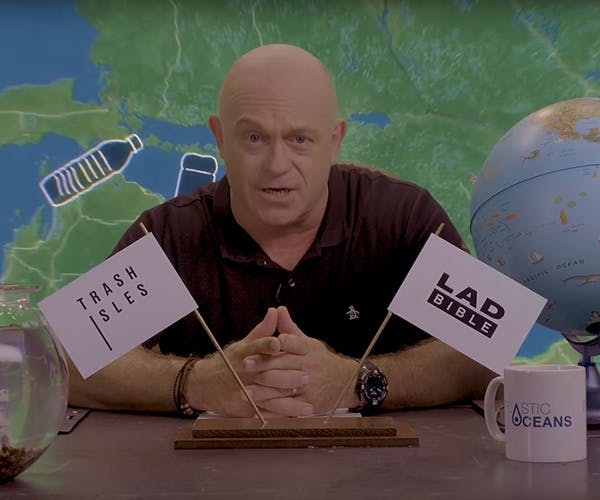