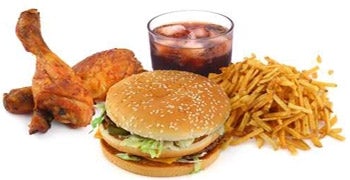 The government’s advisory body says the bans should be complemented with low-salt products being sold at subsidised rates, and a colour coded labelling system on foods.

According to NICE, more than 40,000 Britons die every year because of high levels of salt and fat in their diets. It says that its guidance report, which was commissioned by the government, aims to save tens of thousands of lives by “making small changes across the whole population, because these will translate into very big improvements in health overall.”

NICE is also pressing for further reductions in salt and saturated fats, to help prevent deaths from cardiovascular disease.

On the TV advertising, the guidance states: “Current advertising restrictions have reduced the number of advertisments for foods high in fat, salt or sugar during television programmes made for children and young people. However, advertisements, promotions, product placements and sponsorship shown between programmes for older audiences also have a powerful influence on children and young people.”

“Marketing bans have been successfully introduced in several other countries; evidence shows that a 9pm watershed for such TV advertisements would reduce children and young people‟s exposure to this type of advertising by 82%.”

Professor Mike Kelly, public health director at NICE, says: “Taking action now will also save many millions of pounds every year. The guidance focuses on what government and industry can do to make it easier for people to make healthy choices, by producing food in a healthier way as standard. This isn’t about telling individuals to choose salad instead of chips – it’s about making sure that the chips we all enjoy occasionally are as healthy as possible.”

However the Department of Health questioned the guidance: “Today’s recommendations are extensive and wide ranging but it is not practical to implement certain proposals in this guidance, for example on the mandatory use of traffic lights alongside GDA in food labelling. It is extremely important that work by NICE is methodologically robust and includes fully workable proposals.”

Actress Evan Rachel Wood of True Blood fame has signed a deal to become the face of a new Gucci scent.