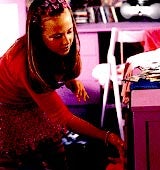 Nickelodeon, the children’s pay TV channel, is understood to be talking to advertising agencies.

The channel has used McCann-Erickson and Roose &amp; Partners in the past on a project basis.

Nickelodeon is owned by Viacom, which also owns MTV. In February, Malcolm Moore Deakin Blazye won the centralised £8m advertising account for all MTV channels, including MTV Extra and MTV Base, and the music channel VH1.

Nickelodeon joined other commercial broadcasters to present a submission to the Department for Culture, Media and Sport, objecting to BBC plans to launch two digital children’s channels. One of the BBC channels will be aimed at pre-school children and will compete with Nickelodeon’s Nick Jr. The DCMS has yet to approve the BBC’s plans.

Nickelodeon was unavailable for comment as Marketing Week went to press.