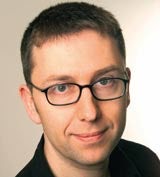 Nielsen NetRatings’ (NNR) launch of its AdIntelligence service, which lets clients easily track the success of their online campaigns, could be derailed by the owners of an existing product with the same name.

NNR may face a challenge from US internet company AdIntelligence, which offers a product that allows internet users to download software free, on condition they watch relevant targeted advertising. The US AdIntelligence is used by a number of sites offering free software, including download.com, and claims to have more than 1 million users.

Martin Filz, NNR vice-president for business development, Europe, Middle East and Africa, says his company’s AdIntelligence allows for like-for-like comparison of the number of viewers an online ad gets, the number of e-mails opened and the number of click-throughs as a result.

He adds: “Our product allows clients to compare results on a ‘digital dashboard’ on their PC in near-real time.”

The first brand to sign up to NNR’s AdIntelligence is Norwich Union, which has had the product in “beta test” for some months.

Kent Ertugrul, chief executive of PeopleOnPage, which owns the US-based AdIntelligence, says the product “is similar to television – you watch the programme, but you have to watch the ads.” While some users call such programs Spyware, Ertugrul prefers the term Adware.

Ertugrul adds that he was surprised at the NNR launch, because as far as he was aware the name was registered in the US and in the UK.

Veronis Suhler Stevenson released figures which show that more than half of all US media revenue in 2003 came from consumer spending rather than advertising, reflecting the popularity of services such as pay-per-view television and the internet.

Supermarket chains Somerfield and Kwik Save are to challenge branded competitors such as Procter &amp; Gamble and Lever FabergÃ© with an overhaul of their own-brand household goods portfolio. The relaunch will include more than 70 product lines. The supermarkets have consulted their legal team on the changes – the revamped packaging for the laundry and […]