A study by Nielsen found that Nike’s “Write the Future” campaign, which features ambassadors including Wayne Rooney, Didier Drogba and Cristiano Ronaldo, has led to a stronger association with the tournament than any other brand despite not enjoying the official partnership status Adidas does.

The battle between the two sportswear brands for dominance in the lucrative football market was ramped up this week when Nike head of brand Charlie Denson refuted claims made by Herbert Hainer, Adidas’ chief executive that his brand was still the biggest in the sport.

Nike, which also owns England’s kit maker and partner Umbro, has 9 of the 32 teams competing in South Africa wearing its kits including Brazil and the US, while Adidas has 12 including Germany and Spain.

Elsewhere, Nielsen found that FIFA partner Coca-Cola had five times the level of mentions around the World Cup than Pepsi did. 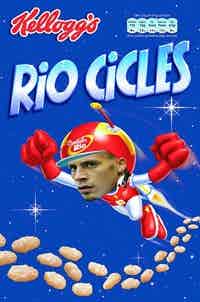 Kellogg’s has unveiled an on-pack football-themed promotion called Feast of Football and is also creating 23 unique packets of personalised cereal for each member of the England squad.