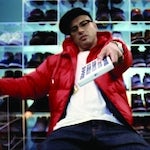 Nike and Foot Locker are unveiling a TV and digital campaign featuring trendsetting stars such as footballer Andrei Arshavin to promote the launch of the Air Max 90 trainer.

The “I am the rules” campaign was created by Wieden & Kennedy London and AKQA and is Wieden’s first campaign for the Nike Foot Locker European account since being appointed to the roster earlier in the year.

The campaign features a range of athletes, designers and DJ’s who take a unique attitude to their professions.

It was directed by Alex & Liane, a Berlin-based duo who have previously created videos for LaRoux, Cheryl Cole, Bloc Party and the Ting Tings.

The 60-second advert will be supported by AKQA-created digital activity, which includes a microsite and online banner advertising.

The TV and digital premieres in the UK on MTV on 15 August and then will be rolled out across the rest of Europe on 23 August.

The brief of the advert was to convey the message that the trainer was for people who write the rules rather than obey them, which is attempted through a ’celebration of colour, uniqueness and a rejection of convention.

The digital media campaign will include a competition, with competitors getting the chance to win tickets to watch Arsenal play at the Emirates stadium.

In store activity is also being included in the campaign, with staff at outlets swapping their trademark black and whiter jerseys for tops that reflect the colours of the Nike Air Max 90.