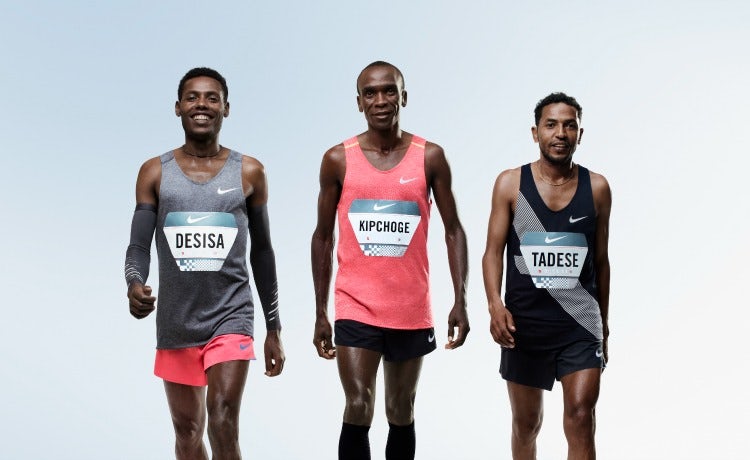 When Nike announced its ambition to break the two-hour marathon barrier in December 2016 observers questioned whether it would really be possible to achieve the “holy grail of running”.

The aim of the project was to shave a few minutes off the current men’s world record time of 2:02:57 and by doing so challenge expectations around what is possible in sport, all framed around in-depth athlete storytelling.

Brand communications director Mark McCambridge was working in the Nike running group during the project’s early stages as the organisation began bringing together a cross-functional group of engineers, designers, bio-mechanists, nutritionists and physiologists to work on the record attempt.

Despite the audacity of the project, which caught headlines worldwide and was named one of Marketing Week’s campaigns of the year in 2017, McCambridge explains #Breaking2 wasn’t devised as a publicity stunt.

“Its driving intent was really to see if people are capable of running that fast and taking down what many people viewed as an impossible barrier.”

Had we taken it on as a solely Nike project and not brought in National Geographic as a partner it would have limited our ability to reach people.

Scheduled to take place on 6 May 2017 at the Formula One track in Monza, Italy, the race was always intended to be streamed live on social media, allowing fans to track the runners’ progress in real time.

McCambridge, with a background in photojournalism, sensed the potential for capturing the story as a long-form documentary, focusing on the athlete’s stories. Working with media partner National Geographic, the idea behind the film was to harness all the content shot on the journey to Monza, from training and the science behind the record attempt, to the race day.

“We weren’t trying to make anything up in this, we weren’t marketing for marketing’s sake and it was a genuine story that happened,” McCambridge stresses.

“In my world there is a sense of obligation to share that story and finding the right way to do it. Had we taken it on as a solely Nike project and not brought in National Geographic as a partner it would have limited our ability to reach people.”

While the documentary was a way of taking a deeper look at the #Breaking2 process, Nike also wanted to give the record attempt context in the live setting by creating 60- to 90-second pieces of cut away footage about the athletes as individuals.

Then to drive the conversation on the ground Nike hired American sports presenter Sal Masekela to front the live coverage and had Hollywood actor Kevin Hart working on the sidelines as a reporter.

READ MORE: 2017 year in review: Campaigns of the year

On the ground in Monza, Nike also had a partnership with Airbnb giving 10 fans staying at a campsite adjacent to the racetrack the chance to witness the record attempt in person, as well as meet some of the athletes and pacers.

“This type of stuff happens as close to organically as it can because so many facets of this project are in a spirit of ‘let’s try things, let’s partner with people, let’s see if we can reach the moon’,” explains McCambridge.

“Once you set an audacious goal, especially when it is seemingly impossible, it allows people to kind of work differently. The media partnerships that we had with platforms such as Twitter and Facebook, and their openness to seeing what the possibilities were going to be for engagement, also made that live element something that was so impactful.”

Despite the fact Kipchoge was 25 seconds shy of beating the two-hour mark, #Breaking2 was a worldwide PR success. Some 13.1 million people watched the record attempt live across Twitter, Facebook and YouTube, according to Nike figures.

The term #Breaking2 generated 84,459 mentions on social media from 6 to 8 May alone, as reported by media monitoring tool Meltwater, and notched up a further 140,029 mentions across Twitter, Instagram and Facebook during the six months between the announcement of the record attempt and the date of the race. 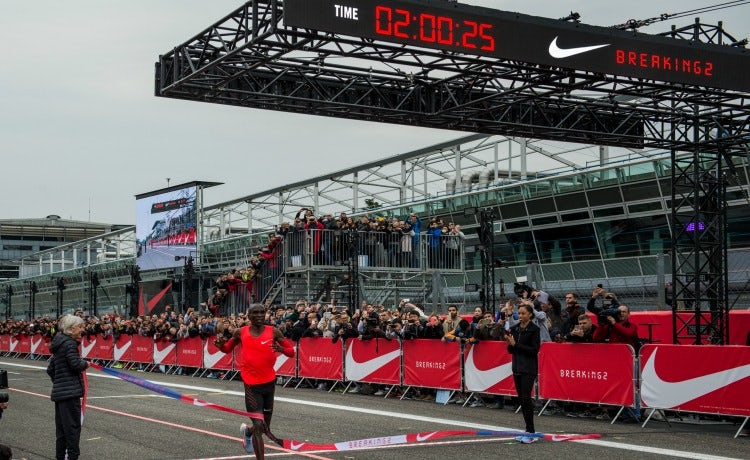 Timing the marathon to start at 5.45am local time in Italy was not some corporate strategy to reach all the key global markets, but instead was chosen because it was the right timing for the athletes.

“If we had been a ruthless media company we wouldn’t have run it at the worst possible time slot in major markets around the world,” McCambridge reflects.

“I think 18% of the live viewership actually came from Japan, because there is such a high use of Twitter, it was also the most advantageous time slot for prime time, online viewership. It transcended even the barrier of language.”

Since its release in September, the feature length #Breaking2 documentary has clocked up over 2.5 million views on National Geographic’s YouTube channel alone.

The documentary enabled Nike to bring the voice of the athlete to people in a more intimate way than the brand had ever done before, says McCambridge, due largely to the “unprecedented” access the team were granted to Kipchoge, Desisa and Tadese.

He also recognises that as a brand Nike could have “failed pretty gloriously” on a project like this, but crucially the human element really shone through. As a result the legacy of #Breaking2 – for Nike at least – will be bringing to life the human stories behind sport.

“The key is finding narratives, bringing them to life and sharing them in a way that is so intrinsically rooted in human potential that it’s hugely motivating. It can be daunting at times to find other stories that have the same level of resonance, but the benefit for any of us that work in Nike is that sport is an infinite playing field of those types of moments,” McCambridge adds.

“The other key learning is looking at how you assemble the right team, because many times if you start from a point where you believe you have everything sorted out and you know the best way to do everything it doesn’t allow for true creativity to come through.” 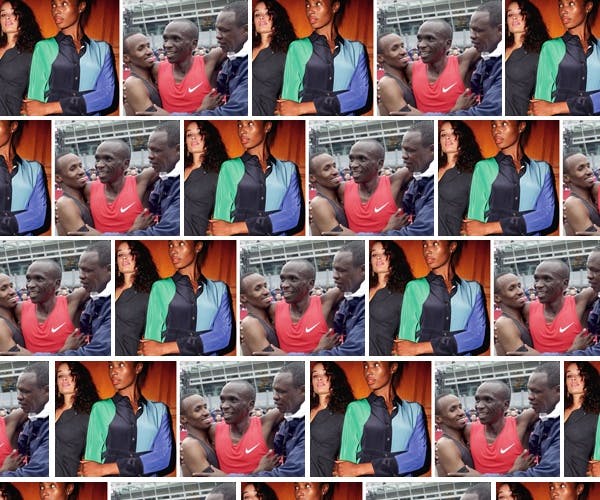 With your help we have narrowed it down to just two campaigns. Place your vote now to help pick the winner of our campaign of the year poll. Will it be Jigsaw or Nike? You decide.