The American sportswear brand announced the news today (8 July) just hours after claiming discussions with the club were ongoing in response to reports it was unwilling to stump up the costs for the estimated £60m per season renewal offer on the table.

In a statement it said: “Manchester United is a great club with passionate fans. We are proud to have partnered with them for the last 12 years and will continue to sponsor the club until the end of the 2014/15 season. Any partnership with a club or federation has to be mutually beneficial and the terms that were on offer for a renewed contract did not represent good value for Nike’s shareholders. We look forward to a successful final season with the club.”

The statement comes in the same week Manchester United unveiled its new Nike kit for the 2014/15 season, which for the first time features new sponsor Chevrolet’s logo.

Manchester United faces challenges on the pitch as well as off it next season. The team has not qualified for the Champions League and will be playing under its second new manager in as many seasons – Louis van Gaal – following David Moyes departure this summer after less than a year in the role. These are all factors likely to have been taken into consideration by Nike when looking to negotiate a new deal, with Manchester United on the hunt for more per season than the £23.5m the sports brand currently pays.

Sources have told Marketing Week Nike’s withdrawal will clear the way for rival Adidas to take over as Manchester United’s kit supplier. The Gemran brand is rumoured to have submitted a bid to produce the shirt alongside rivals Puma and Warrior Sports. Adidas already has kit deals with Chelsea, Southampton, Stoke City, Sunderland AFC, Swansea City, West Bromwich Albion and West Ham United Football Club in the Premier League.

In a statement Adidas says: “We do not comment on rumour or speculation.”

One industry insider said having a second high profile team in the Premier League “makes business sense” for Adidas, given its termination of its Liverpool kit supply deal in 2012. The source adds: “Chelsea is not a strong or sexy enough brand to become the single top team for Adidas in the Premier League and Manchester United gives Adidas the opportunity to enter new markets.”

Despite Manchester United’s torrid 2013/14 season, the club still remains a lucrative offer for whichever brand clinches the kit supply deal in the seasons ahead, according to James Hough, managing director of MediaCom Sport.

He says: “Manchester United have made a real push with their commercial offering, signing up a number of multi-year deals and setting out lots of different targets in various territories around the world. They’re a premium club – alongside the likes of Chelsea and Liverpool – that can justify brands like Nike or Adidas committing to this level of investment, given its global status – despite not qualifying for the Champions League last season.”

A further negative spotlight was shone on the Nike and Manchester United kit deal earlier this week after an Independent newspaper report alleged that Nike exploited a loophole to significantly reduce the amount of tax it pays on the sale of the club’s kits. Just £1m has been paid to the taxman in the past five years, with the business avoiding payments of around £9.1m, the article suggests.

Nike says its actions are within the laws of the UK, adding that tax liability across its business was reduced due to losses incurred when it owned Umbro.

“Nike complies with all applicable tax laws in the countries in which it operates. We generally do not report the amounts we pay in taxes on a country-by-country basis, however we do provide an overview of our US. and non-US. tax expense in our annual report.”

The rivalry between Nike and Adidas on the football field has been highlighted in this year’s World Cup, where both brands sponsor key footballers and national squads. YouGov BrandIndex data suggests the battle between the two for positive consumer perception uplift is currently neck and neck. 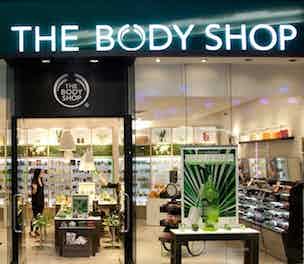 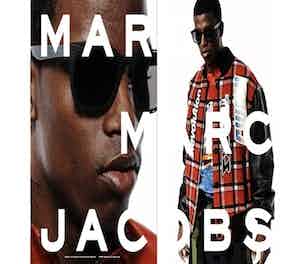 Marc Jacobs is using real people plucked from its Instagram and Twitter fanbase to front its global advertising campaign.