Fans can upload their sporting moments to the site along with use the #playrussian hashtag across social networks.

It is the sports brand’s first winter campaign for the Russian market and comes just two months ahead of the start of the 2014 Games in Sochi next February.

Nike is a past master of associating with events it does not sponsor. For example, it strenghtned its ties to last year’s Olympic Games with its “London” campaign, despite rival Adidas being its official partner.

Massimo Giunco, Nike Russia brand marketing director, says: “Sport can be enjoyed in all elements, and the Russian winter is no exception. In this new campaign, we’re challenging young athletes to show us that they can embrace winter as their playground. We already know they are fearless, but we want to see how they can defy normal and Play Russian. This is their moment to show the world that they can Just Do It like only Russians can.” 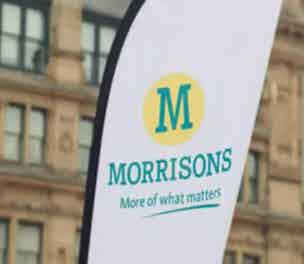 Morrisons has named former eBay and Sainsbury’s marketer Amanda Metcalfe as its first digital marketing chief in a bid to accelerate its late charge into the online arena.