The campaign, created by Wieden & Kennedy’s London and Amsterdam offices includes television, print digital and out of home elements.

It breaks in the UK this weekend during Saturday’s game between Arsenal and Manchester United, and will roll out worldwide throughout the year.

Walcott and Rooney feature in separate 30-second ads that depict moments that symbolise how both players make the difference for their teams on and off the pitch.

Rooney is shown in the locker room shaving his head and mentally preparing for a match, before letting out a battle cry and joining his team on the pitch.

Profits at Nike dropped 21% last year after the company was hit by restructuring costs and the economic downturn and previously announced it was to cut its global workforce by 5%, or 1,750 jobs, to improve its consumer focus and competitiveness.

As retail sales fall, it is critical for retailers to protect their margins. A central database of all product information – from dimensions to photography and multimedia content – will be essential for any large retailer to retain their agility. The most profitable retailers have built their businesses on ensuring that the information about their […] 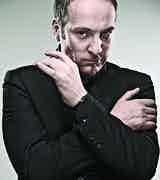