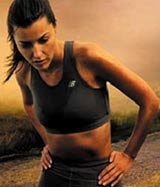 Paris-based Blum left the company four weeks ago without a position to go to. He has yet to decide his next career move.

Blum says: “I left New Balance for two reasons. Firstly, I wanted to look for a new challenge and, secondly, for personal reasons – the position involved a lot of travelling back and forth between France and the UK.”

Blum had been with New Balance for three years. Prior to that he worked for Nike in various positions, most recently as marketing director.

New Balance is in the process of recruiting a replacement, who will be based in the company’s Manchester office. Meanwhile, European regional director Alistair Cameron, to whom Blum reported, will oversee marketing for Europe.

New Balance is best known for its unusual approach to marketing. Unlike its main rivals Nike and Adidas, the company does not sponsor celebrity athletes. Instead, it uses relatively unknown athletes in its ads.

It rarely uses television or print for its advertising, focusing the bulk of its marketing budget on point of sale promotions and public relations.

The company’s recent campaigns include the launch of a range of walking shoes and the rollout of its Novo fashion shoe in March.

Tour operator MyTravel – formerly Airtours – is searching for a regional advertising agency to help launch its low-cost airline division. The company will transfer two planes from its charter operation to a low-cost airline, which will launch in October. The airline will be separately branded and fly from an as-yet unnamed major UK airport. […]

Base London is breaking out of its core footwear range with the launch of a line of men’s clothing. It is the first time that the shoe company has ventured into the competitive clothing market. The new range, which will be available in August, will initially include casual jackets, trousers, T-shirts, shirts and jumpers. It […]