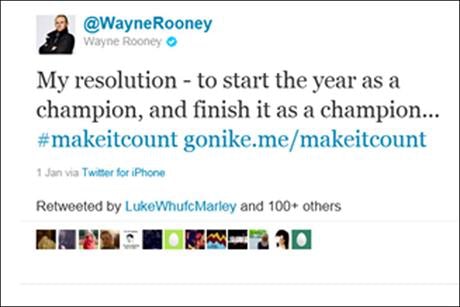 The sports brand is seeking an independent review of the decision after it became the first UK company to have a Twitter campaign banned last month following tweets published by the Premier League stars in January.

The ASA said that it was not clear the tweets were part of a marketing campaign. Tweets included the Manchester United striker saying: “My resolution – to start the year as a champion, and finish it as a champion…#makeitcount including the link gonike.me/makeitcount.”

It ruled that the Nike reference could be missed by users and that the tweets should be withdrawn.

Despite the ruling, Nike is yet to remove the tweets and is using the ASA’s appeal process to try and get the decision overturned.

Ryan Greenwood, head of PR and communications for Nike UK & Ireland, says the company is “disappointed” that the ASA’s final decision overturned the initial examiner’s judgement when the ruling was made.

He adds: “We do not believe that Twitter followers were misled because it was clear that the messages were connected to Nike’s Make it Count message.  We, and many others, welcome the ASA’s evolving guidance on the use of twitter in marketing.”

A spokeswoman for the watchdog says that even if the independent reviewer finds that a “substantial flaw” has been taken in the process or the adjudication, it would still be down to the ASA Council to make the final judgement.

She adds: “The Advertising Codes are not prescriptive about how ads must clearly identify themselves as ads, to allow advertisers to demonstrate it in the way that they see fit.  ASA rulings about ads on Twitter are an evolving area and help educate the industry about what is and is not acceptable, and how they must ensure that consumers are not misled.

“It would still be a case by case basis but obviously the more adjudications we have on tweets then the clearer it becomes where the lines are. it’s a test for advertisers and it’s a test for ourselves.”

The move is likely to fuel ongoing claims from some quarters of the advertising industry that the ASA should create guidelines for how brands use Twitter to avoid breaching regulations.

The calls for greater clarity follow an investigation into a Snickers campaign that featured out of character tweets by Rio Ferdinand and Katie Price earlier this year. The tweets were cleared because they included the hashtag #spon, indicating they were part of a sponsorship.

Elsewhere, hairdresser Toni & Guy has this week become the second brand to have its tweets banned by the ASA after breaching advertising rules. 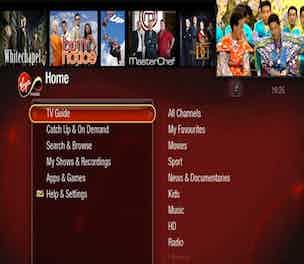