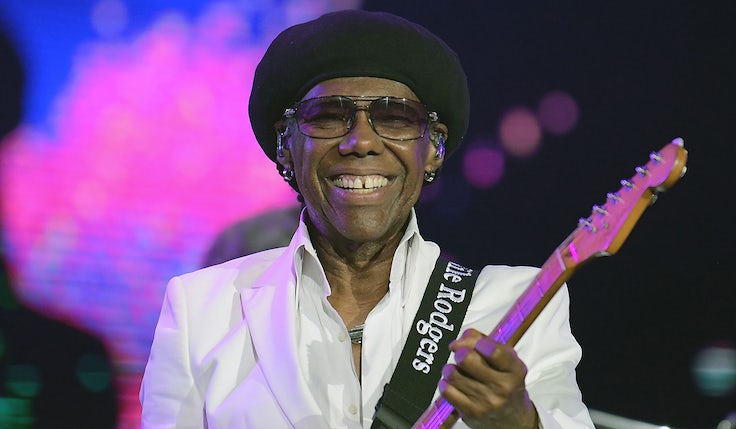 As co-founder of the hugely influential US band Chic, Nile Rodgers brought an aspirational, uptown soul sensibility to a global audience. A string of hits including Le Freak, Everybody Dance and Good Times sound-tracked a generation during the band’s late 1970s/early 1980s heyday, while his production credits include commercial and critical landmark albums for David Bowie, Diana Ross, Madonna and Duran Duran.

A still sprightly 68, Rodgers’ creative antennae remain on full alert. In recent years, he’s had fresh hits with a reformed Chic (original bass player and songwriting partner Bernard Edwards passed away in 1996), overseen an extensive re-issue programme and authored an acclaimed memoir that chronicles his battles with addiction, illness and five decades of music-making.

Finding inspiration in the everyday, even the most seemingly banal experiences, continues to be the starting point for many of his creative endeavours. “I’m inspired by things that are just all around me and I just can’t help it,” says the native New Yorker, talking on the third day of this year’s Festival of Marketing.

“There’s a constant chatter in my head and it doesn’t necessarily have to be particularly profound or amazing or anything like that, but I find things interesting. Sometimes I’m fascinated by colours, the different gradations that I see in the world and it inspires a musical thought.”

Growing up in Greenwich Village, Rodgers had an impeccably bohemian childhood, with his artist parents happy to leave him to his own devices. That had its advantages, with Rodgers appreciating being spoken to on an adult’s terms, despite his tender years. It also had disadvantages, but even those could be put to good use.

“I had to take care of myself, which is OK because it taught me a lot about being responsible and how to appreciate the things that I could achieve. And when you’re that young and you set a goal for yourself, if you can pull it off, it really is very rewarding,” he recalled.

“In my youth I had to jump over huge hurdles, sometimes literally jumping over cars to get away from people because I was the only black kid in a white neighbourhood and I was being chased.”

As he explains, some of Rodgers’ most satisfying songwriting experiences have actually been commissioned works, including a piece for a Nike ad as part of the sportswear brand’s original ‘Just Do It’ campaign nearly 30 years ago. “You define the reason that you’re composing something, even if it’s just putting your feelings out there. All the situations are valid.”

Performing on stage might suggest an outgoing character, but Rodgers insists he’s always been shy and feels far more comfortable working for other people and helping them achieve their ambitions. Finding the right chemistry with a collaborator is vital for any successful project, however.

Rodgers tells of how when he first met Bowie in a New York club, the two bonded over a shared love and deep knowledge of jazz. That initial, informal meet-up paved the way for one of the English singer’s great commercial hits, 1983’s Let’s Dance.

Bowie, for so long pointedly positioned outside of the mainstream, wanted to experience life as a bona fide pop star and knew that Rodgers was the man to usher him on to the biggest stages. “He said to me, almost right away, that he wanted me to do what I did best,” Rodgers remembers. “I didn’t really know what that meant. I asked him to clarify and he said, ‘I want you to do hits’. I was like, ‘wow, David Bowie wants me to do hits?’.”

The two discussed objectives, building up trust in the process. “I had to believe in my heart that David could pull it off, that he could be the marketing vehicle for that music. It was specifically designed to be the right tool for him as an artist.”

Rodgers traces his understanding of what makes great pop, and the effects it can have on people, back to the words of a jazz teacher, who responded to his young charge’s apparent disgust at having to perform a version of the manufactured bubble gum classic Sugar, Sugar by the Archies by reminding him of the song’s mass appeal. “It speaks to the soul of a million strangers,” the teacher told Rodgers. Two weeks later, he wrote Everybody Dance, his first Chic song.

Commercial viability became a touchstone of Rodgers’ work. “If no one gets to hear your work or experience it, that’s just the same as not doing anything at all,” he explained. “You want to be heard, that’s very important.”

Nile Rodgers was speaking at the Festival of Marketing, which is taking place online between 5 – 9 October. All sessions, including Rodger’s, are available to watch on-demand for those with a digital pass. To buy a pass visit www.festivalofmarketing.com/buy-your-pass.

The rise of podcasts and online streaming, as well as a wealth of devices to listen to audio on, has meant advertisers are re-evaluating the role of audio in their marketing mix. 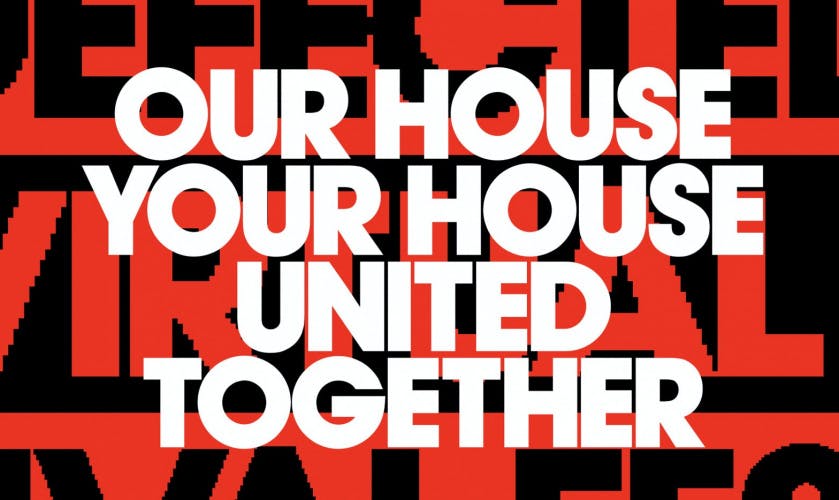 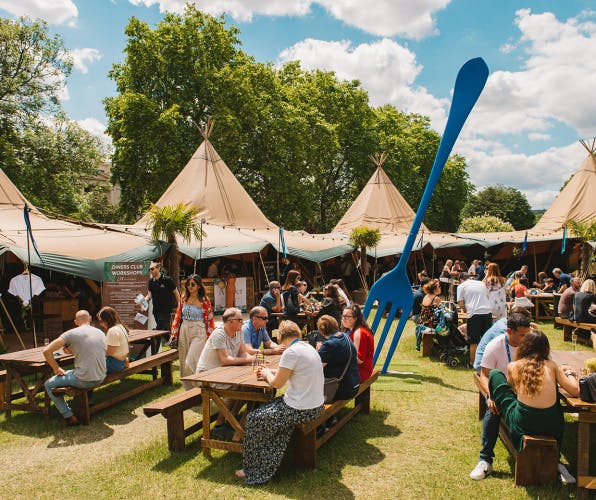 Heavily reliant on social media marketing and increasingly in search of data insights, festival brands are investing in creativity as they look to capture a greater share of consumer time and attention.