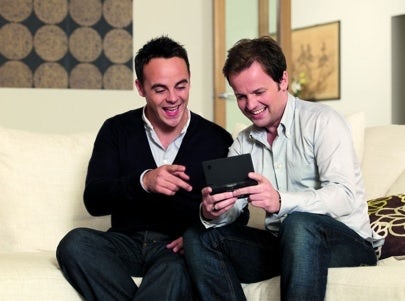 The partnership will see the pair star in all Nintendo’s advertising campaigns as well as get involved with game development.

The first round of adverts breaks on 16 October, in a television campaign that features Ant and Dec meeting members of the public and challenging them to play Nintendo games.

The TV duo will be asking fans, from teenage gamers to older users of Brain Training, what it is about Nintendo they love.

Nintendo launched a  national recruitment campaign to find members of the public to star alongside Ant and Dec in the TV spots.

The gaming brand chose Ant and Dec as the faces of the brand as they are genuine fans of Nintendo and they appeal to a braod range of people, as Nintendo aims to.

David Yarnton, Nintendo UK’s general manager, says: “Given Ant and Dec’s popularity with everyone from grandparents to grand children and with the broad appeal of Nintendo’s products from ages five to 95, we knew they’d make the perfect partner for the brand. Nintendo has helped introduce a whole new group of people to the joys of gaming and we can’t wait to see Ant and Dec bring some of their natural charm and wit to Nintendo families up and down the country”.

Budget hotel chain Travelodge is set to use Twitter to inform customers of new offers, hotel openings and job opportunities.