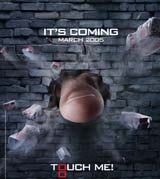 Nintendo has signed a &£1m sponsorship deal with the Science Museum in an effort to challenge consumers’ preconceptions about video games.

The four-year deal, which was announced yesterday (Tuesday), is part of Nintendo’s New Ways to Play initiative, which aims to broaden the appeal of its games portfolio.

The tie-up with the museum will also include Nintendo sponsoring Game On, a global tour about the history and culture of video games. The exhibit, which will be at the Science Museum from late 2006, will highlight the technological and cultural developments in computer games, from the 1960s to the present day.

The deal will also see the Science Museum expand its Launch Pad gallery. It will also create an interactive gallery, with an educational programme and website, with the aid of Nintendo and principal sponsor Shell.

The games and console manufacturer is supporting its new direction with a series of six games that aim to encourage mental agility skills. A Nintendo spokesman says: “This isn’t about teenage boys in darkened rooms, or ‘gangsta’ rap-style drive-bys, or fantasy role-playing games to dominate your every waking minute. These ‘games’ actually fit into and become a part of people’s lives rather than take over it.”

The games have been created with Professor Ryuta Kawashima, a neuroscientist at Tokyo’s Tohoku University, who has spent 15 years developing his brain-training concept.