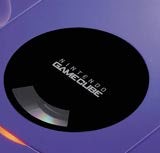 Nintendo is to launch a new hand-held gaming console before the end of the year.

The system, which has the temporary working brand name of Nintendo DS, will be marketed separately from the existing GameBoy Advance and GameCube system.

The console, which has two separate gaming screens, will be officially revealed in May at the Electronic Entertainment Expo (E3) in Los Angeles, in the US.

As well as developing its own software, Nintendo is in talks with other games companies about creating software for the console.

According to Nintendo, gamers will be able to manage their progress from two different perspectives. In a football game, for instance, the whole game will be able to be viewed on one screen, while the other screen will be able to focus on the close-up action, such as goal attempts or tackles.

Nintendo is a strong player in the hand-held market with the GameBoy and GameBoy Advance, but recently the company has had to fight off competition from Nokia’s N-Gage mobile phone and gaming console.

Nintendo president Satoru Iwata says: “We have developed Nintendo DS based on a completely different concept from existing game devices in order to provide players with a unique entertainment experience.”

Nintendo slashed the price of its flagship console GameCube before Christmas from £129 to £79 in an attempt to boost sales. This came after Nintendo suffered its first financial loss in its 40 years as a publicly listed company – a loss that has mainly been attributed to the GameCube’s poor sales against the PlayStation 2 and Xbox consoles.