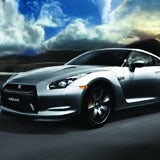 The Japanese car marque is trialling the approach for its latest Micra launch. The company says it rejected the traditional convention of launching a model with an above-the-line campaign in favour of a more personalised approach.

The move follows research into Micra’s core customers which found they develop a close relationship with their car.

Nissan CRM project manager Yasmin Al Jeboury says: “This was a test bed of how to go about CRM engagement properly. The insight and learnings from how we approached it can be applied to other brands.”

“The research has enabled us to reject launch conventions and develop an integrated programme based on a highly targeted CRM foundation.”

Nissan claims the CRM approach helped it boost its pre-launch order target for the Micra by 50%. Al Jeboury suggests that a similar approach would work for the Nissan’s Qashqai SUV model, but would be less relevant for a sports car launch.

Nissan recalled an estimated 2.1 million of its Micra cars after a fault with the engine control system was discovered. The recall included 83,000 Micras in the UK.