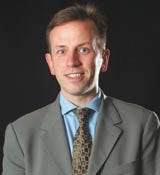 Willcox has been brought over from Nissan Europe’s offices in Paris, where he was general manager, strategy and business planning. He was previously manager of corporate planning for Nissan in the UK. The appointments are effective from the beginning of November.

In two weeks’ time Nissan starts deliveries of its 350Z sports car, which is a direct rival to the Audi TT and Mazda RX-8. Nissan is planning a high-profile advertising campaign for the sports car next year as part of a brand-building exercise.

Nissan GB’s advertising agency of record is TBWA/London, but most of its advertising is handled on a pan-European basis out of the agency’s Paris offices.

Earlier this year, Nissan launched the new Micra supermini, supported by the “Do You Speak Micra?” campaign. As part of the launch, Nissan teamed up with the Fitness First gym chain, running a dedicated campaign created by Tequila/Manchester. It also linked up with The Guardian to produce a supplement supporting the launch.

As well as the Micra, Nissan markets the Almera, Primera, X-Trail and Terrano models in the UK, and has a 3.94 per cent of the UK car market, according to the Society of Motor Manufacturers &amp; Traders.

Renault has a controlling stake of 44 per cent in Nissan.