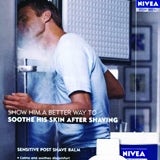 The skincare brand has begun a nine-month campaign to promote Nivea For Men’s sponsorship of the England football team.

It marks the brand’s first social media push, along with its first web-only TV series, and is designed to allow consumers to help shape the campaign content.

According to Nivea For Men digital manager Matt Marlow, the campaign marks a “step change” in how it markets its skincare products.

“We’re shifting our focus and spend heavily toward digital because it lets us involve consumers more intimately with our campaign content,” he says.

Brand manager Linsi Key said the traditional media methods it has used in the past, such as TV and print, won’t help it deliver its brand objectives.

Key adds: “Previously we leaned heavily on traditional media, but it meant guys that weren’t involved in the category could just switch off. But this is less of an ad campaign and more of a campaign for consumers to be involved with. We want to really push the boundaries in digital media.”

To strengthen the brand’s association with the England football team and promote its message “Preparation is everything”, it’s offering the chance for amateur football teams to enter a competition, called the Great Football Experiment.

The winning team will receive England-standard training during a full football season with FA coaches, physios and nutritionists.

The winning team will also be filmed throughout the year, with the footage made into a series of monthly webisodes available to watch on YouTube and the dedicated online hub, while clips will also appear in display ads during the campaign.

The campaign will be supported by former England manager Terry Venables and coaches Ray Wilkins and Ray Clemence.

The campaign includes Nivea For Men’s first Facebook page. Fans have been asked to vote for their favourite amateur team, from a shortlist of three, via the page.

The brand does not intend to sell products through the Facebook page, but it will look at introducing exclusive discounts for those who engage via the social network.

Marlow says the approach is a major departure for the brand. “We’re relinquishing control over the brand to our consumers,” he said.

Nivea is working with media agency Carat and creative agency CMW on the campaign.