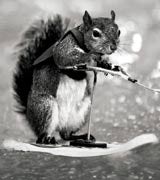 The Newspaper Marketing Agency (NMA), the body that promotes national newspapers as a medium to the advertising industry, has appointed Initiative as its strategic media partner.

TBWA/London handles advertising for the NMA and TBWA/GGT has just been appointed to create a digital marketing and direct marketing campaign. The latest press ads, which broke last week, target potential clients that want to reach a male audience.

The NMA, headed by Maureen Duffy, is trying to settle funding issues among its members, as Express Newspapers and Independent News &amp; Media dig their heels in over further investment.

The two groups say they are committed to the NMA but are unwilling to pay for a new programme of events that do not feature in the original budgeting.

Several Initiative clients invest heavily in national press advertising. Initiative managing director and press specialist Roy Jeans will be responsible for the relationship with the NMA. He says: “We are clearly committed to the medium, both in wanting to know more about how it works and through the continued support of our clients.”