The latest figures from GfK’s consumer confidence index show that propensity to make a big purchase dropped by one point in December to -1. This despite the fact that consumers feel more positive about their personal financial situation over the past 12 months, which saw a one-point increase.

Overall consumer confidence levels are also down, with GfK’s Index score falling to -4, its lowest level since March. While still significantly higher than it was two ago when the Index stood at -29, the drop marks a change from the “steady” performance GfK has seen over the past seven months suggesting that consumers are more concerned than ever in the run-up to Christmas.

People’s perceptions of the economy both over the past 12 months and in the next year fell by four point and five points respectively while their view of their personal financial situation over the next 12 months has also slipped, by 1 point.

Nick Moon, managing director of social research at GfK, says: “Given the time of year, there’s no evidence of any festive cheer among consumers – no Christmas or New Year bounce. Look at the measures for how people are viewing the next 12 months in terms of household finances and economic mood. Both have dipped. Are people at least gearing up for big purchases like furniture or electrical goods? No – that has slipped a point.”

The GfK findings are backed up by a study from YouGov/Cebr, which shows consumer confidence dropped back to a score of 110.1 in December compared to the previous year, the second lowest figure in 2014. Consumer expectations of their financial situation and job security both fell, as did outlooks for business activity.

Stephen Harmston, head of YouGov Reports, says: “The stuttering consumer confidence we have seen over the last few months continues as we approach Christmas. People feel less certain about their household finances in the run-up to the festive period which could hamper spending, and our recent figures point to households’ Christmas outlay flat-lining this year.”

The drop in confidence comes despite an uptick in disposable income. According to Asda’s Income Tracker, families had £11 more to spend in November than they did at the same time last year as the price of food and fuel dropped.

Asda says: “With inflation at its lowest level in 12 years at just 1.0%, and wages growing at 1.6%, it was a win-win situation for Brits who are now earning more, but paying less for the essential items they need.” 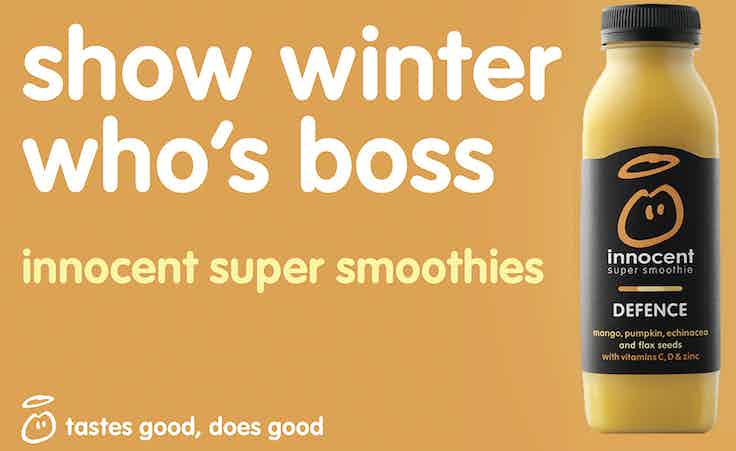 Innocent has drafted in Bacardi’s Tim Clarke as group marketing director and Coca-Cola Enterprise’s marketing boss Nick Canney as managing director of its UK business in a senior management shake-up designed to lead “ambitious brand and innovation plans” in 2015.