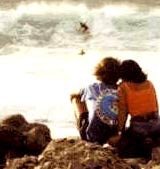 Sixty-two per cent of individuals in the UK take at least one overseas holiday a year, with 25 per cent holidaying two or more times in any 12-month period.

The Autumn 2000 National Shoppers Survey, recently conducted by Claritas, identifies some of the latest trends in UK consumers’ overseas holidays. According to the research, people are increasingly taking overseas holidays, and with bigger budgets than ever before.

The survey suggests that this trend will continue – a reason to smile for those in the travel industry. But, set against this rosy picture is an industry that is more competitive than ever before, with a public demanding higher standards of travel, accommodation and choice.

A recent report from First Choice says that the British spend an average of &£500 per person when going on holiday abroad. Putting that into perspective, UK holiday makers spent &£15bn on overseas holidays in 1999 – a tenfold increase over the figure for 1979.

As a nation, the UK is swiftly moving away from the notion of a single annual two-week holiday in the sun. Winter breaks and short city breaks are increasingly popular among certain sectors of the population.

The demographics of multi-holiday buyers are quite well defined. Interestingly, they are more likely to be older single males, earning more than &£20,000 per year, and often over &£35,000 per year. They tend to be professionals, senior managers or self-employed and, not surprisingly, do not have children.

So what about our chosen destinations? Are we still a nation of holiday makers doggedly travelling to Spain or Florida, despite the lure of more exotic locations? Over 160,000 respondents answered Claritas’ question on where they had gone on holiday in the past three years.

A large proportion of individuals in the UK still choose to holiday in Southern Europe, with the Mediterranean remaining very attractive. Thirty-seven per cent of people have spent holidays in these locations in the past three years, and factors such as price and accessibility have a large part to play in consumers’ choice of these destinations.

The next three most-popular destinations are the UK, North America and Northern Europe. Long-haul holidays are another growth area, with 20 per cent of UK households having opted for this type of holiday in the past three years.

One of the most rapid changes in the travel market is the way in which consumers are choosing to book their holidays. Directly-booked holidays and the Internet are revolutionising the entire market, and traditional players such as travel agents are not only having to combat increased competition but are being forced to initiate and exploit new opportunities.

That said, traditional booking methods are still very much the norm, despite the huge amount of media coverage about the impact of the Internet on the leisure travel trade. What is significant is the type of consumer using new media to book travel.

The Internet appeals to younger, new media-literate, affluent consumers who are likely to take more holidays than average. By providing these often busy people with an easier way to book, holiday companies are tapping into a target market that is traditionally more difficult to reach, and a group that can be very profitable.

According to Claritas, the majority of UK consumers still prefer to book their holidays in person, through a travel agent: 55 per cent booked their last holiday through traditional booking methods.

Slightly fewer people chose to book direct with the tour operator (38 per cent) and the third most-popular booking method was with a travel agent on the phone (15 per cent). The Internet is the least frequently used medium for consumers holidaying anywhere in the world, with only three per cent of people choosing this option.

But, according to Forrester Research, online leisure travel will represent 14 per cent of the total leisure travel market by the year 2005, and will have a total value of &£3.7bn. That equates to growth of over 350 per cent in the next four years, and could bring about a real shake-up of the industry.

Alan Mitchell’s article (MW March 29) pointing out the need for win-win solutions to sustain the effectiveness of advertising to consumers touches on the importance of a mutually acceptable value exchange between a company and its customers. As the world becomes more competitive, only those companies that have invested in, understand and can evaluate their […]

Job applicants are often encouraged to include unusual hobbies and achievements on their CVs to make prospective employers sit up and take notice. But one agency boss has added a rare talent to his own list of pastimes. Matt Etherington, head of brand naming agency Matt Etherington Names Names, met a challenge from workmates head […]

I read with interest your e-consumer article (MW March 29) regarding online auctions and in particular your reference to FSauctions, the Freeserve auction site. FSauctions is now one of the top three UK online auction sites, with over 70,000 items on offer at any time. Our users play a vital and appreciated role in helping […]