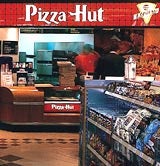 The average UK consumer spends &£40 a year on snack consumption and &£208 on away-from-home drinks, according to Datamonitor’s Drinks On-the-Go 2001 report. It reveals that on-the-go consumption in the UK is highly developed by European standards: the British are significantly less tied to traditional meal-times than are people in other European countries.

The study finds that the UK has the longest working week – 45 hours – of the eight countries examined in the report, and has a higher-than-average proportion of women in the workplace. The UK also has the most urbanised population – 89.6 per cent of people live in towns – which is one of the reasons why it is an extremely fertile market for on-the-go consumption.

The drinks on-the-go phenomenon has been driven by a trend towards a “just-in-time” society, and the constant flow of new product designs and an increase in outlets has further helped develop this market.

Competition in the on-the-go drinks sector is becoming tougher as new categories such as energy and sports drinks continue to develop and seize market share, while leading manufacturers seek to dominate distribution channels.

The study splits on-the-go consumption into three categories: “on the move”, “workplace” and “leisure”.

The growth of “on-the-move” consumption has been facilitated by well-developed UK convenience channels and their continued rapid expansion. This reflects the growth in impulse-driven purchasing and top-up shopping. In recognition of this growth, major chains such as Tesco and Sainsbury’s have begun to develop smaller urban formats targeting the affluent population in urban areas. There are no restrictions on trading hours, and a growing number of convenience and major multiple stores are open 24-hours a day.

Food outlets such as Little Chef and McDonald’s are being attached to a growing number of petrol forecourts. In addition, 79 per cent of service stations now provide hot snacks through the use of self-serve microwave ovens. The focus of service stations is moving beyond snacking and instant consumption shopping to full-grocery and top-up purchases.

While the lack of a café culture in the UK has traditionally held back out-of-home consumption of hot drinks, coffee bars such as Starbucks are now driving growth in the UK coffee sector. With UK consumers working longer hours than those in most other European countries, time pressures are more acute, giving rise to a demand for leisure activities that can fit into a working schedule. Coffee bars, for instance, offer the opportunity to spend half an hour during lunch or after work with friends or colleagues.

Datamonitor found that one of the key developments in the UK workplace has been the rapid spread of water coolers. Water coolers were a niche segment in 1996, but following a long-standing trend in the US, many UK companies such as Chiltern Hills, Braebourne and Sparkling Spring have established themselves in this sector. Drink sales in the workplace have always emphasised price over quality, and a “free” product which emphasises freshness and purity is, to an extent, building on this dynamic. The growth in bottled water sales has also helped to move water coolers into the mainstream.

The on-the-go occasion will become an established part of consumers’ lifestyles. For example, certain consumers will end up always drinking coffee on the way to work, or regularly visiting specific outlets for drinks and snacks. Specific on-the-go occasions will become more predictable for marketers, enabling them to generate further growth in the sector.

Marketing agency CCG is celebrating the Wimbledon tennis championships by bringing some summer cheer to marketers who are chained to their desks during the Centre Court excitement. Direct marketing is certainly taking a novel twist, with everything from giant pretzels to vibrators landing on the Diary’s desk in the last few months. Now CCG is […]

I am writing in response to Mr Petersen (MW June 21) and would like to reassure him that ethical shopping really does make a difference, and that UK consumers are becoming more aware of their purchasing power and are using it. Research shows that there is a general increase in the number of consumers influenced […]