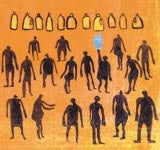 Being big can be an asset amid the rough and tumble of business. But there is one area where small companies can, and often do, trump their larger rivals – innovation. A single big idea can help an unknown business make a name for itself – think Innocent Drinks or Body Shop.

But to stay ahead, in the long run, brands need to break new ground, year after year. It is to solve this problem that many turn to research agencies for some mental stimulation.

There are two ways to think about the future of a brand. Oneis to study the here and now, in order to spot gaps in the market. “People’s fundamental needs don’t change,” says Synovate research manager Alex Maule. “The challenge is to uncover them.”

An alternative is to hunt for people whose lifestyles and opinionsoffer clues to the future.Trend-spotting is becoming an industry in its own right. Advertising agencies and brand owners have their radars pointed towards cities such as New York, Sydney, Tokyo and London, where new patterns of behaviour are thought to take shape. Typifying this approach is Breaking Trends,a London-based research consultancy that tours “Alpha” cities interviewing academics, innovators and style experts, and observing urban lifestyles.

In 2004, the consultancy identified a swathe of emerging global trends for advertising agency JWT. These ranged from the desire of consumers to express their sense of self more creatively, to concerns over health and wellbeing and the blurring of boundaries between gay and straight culture. Butdo such studies equip marketers to develop future-proof strategies for their brands?

Miles Calcraft Briginshaw Duffy joint planning director Giles Hedger thinks the very popularity of the approach could prove its undoing. “There is a tendency for middle-class media professionals, living 24-hour lives, to go off to these fashionable cities and get very excited about the trends they see emerging.”

But, as he points out, a minority preference – such as organic food – will only take hold if it is affordable and if mainstream consumers feel the product is for them. “You have to put these ‘soft’ signals into a proper demographic context. Ask yourself who holds the money and what sort of lives most people are living,” he says.

Trend-spotting also carries with it the idea of a linear direction in which society is headed. The reality is much more confused. For an illustration, look no further than the popularity of “authentic” brands and lifestyles, which lives alongside a huge growth in demand for Botox injections and cosmetic procedures aimed at changing a person’s natural appearance.

How a brand responds to such contradictions and disconnections is down to the culture of the company. One approach is to try to impose order on the chaos by modelling the importance of competing trends statistically.

The other, says Sanjay Nazerali, founder of brand consultancy The Depot,is to get on with the business of making, rather than reflecting, the future: “Futures are inherently dynamic. Good research is about mapping out the multiple landscapes where brands can legitimately operate.”

Spotting inconsistencies in people’s behaviour can spark ideas for giving consumers more of what they want through a well-judged trade-off of benefits. But the calculation of what consumers are prepared to sacrifice is never risk-free. The success of Ikea’s design-led self-assembly furniture was built on just such a gamble. Viewed from one angle (the desire of middle-income earners to furnish their homes stylishly) the offer has obvious appeal. From another angle, the time-poverty of people leading busy working lives, the flat-pack formula looks more like a loser.

To think about the future creatively, companies need stimulus from many sources – academics and style commentators, as well as consumers themselves. “The power of trend research lies in combining and cross-referencing views from lots of different groups,” says Maule. “That’s what helps you to pick out the common threads and core needs that underlie passing fads.”For new product development, some agencies recommend talking to “influential” consumers, the sort of people to whom others turn for tips. The problem is that finding such people can be time-consuming. What is more, someone may be a trusted source of advice for one sort of purchase – mobile phones, for instance – but not for others.

There is also a suspicion that old patterns of product adoption are breaking down. “Using sources of opinion to predict future behaviour is becoming much more difficult. These days we have lots of little sub-cultures and a huge spread of influences,” says Maule. “A product or an idea may take hold within one group but never break out into the wider market.”

Ad agency DDB has a novel way of handling this problem. As well as talking to consumers in focus groups, it has formed a special “grapevine” panel made up of taxi drivers, beauticians, hairdressers and pub landlords. The panel allows DDB to keep tabs on what people from all walks of life are talking about, and creates a channel through which agency staff can float new ideas.

Other marketers have been experimenting too. In his book The Wisdom of Crowds, business writer James Surowiecki argues that in certain circumstances randomly selected crowds make better predictions than experts. Research agency BrainJuicer decided to test this by pitting the conventional method for evaluating new product ideas against a “research market” approach based on Surowiecki’s theory.

The aim of the experiment was to evaluate ten ideas for a new household cleaner. For the conventional test, BrainJuicer recruited people who either shopped for, or used, cleaning products. Following standard research practice, each participant was given just a single concept to score. With the research market approach, the group was recruited randomly, with the participants being presented with all ten choices and asked to bet on the winners and losers.

Above- and below-average scores for particular ideas were consistent between the two tests. The one really significant difference, however, was that the randomly selected participants gave much lower scores to the least-popular ideas than did the people in the conventional test.

BrainJuicer chief executive John Kearon has drawn some tentative conclusions from the experiment, and he presented them for debate at this year’s MRS conference. Firstly, the research market approach may be as good a guide to market success as costlier methods using targeted samples. Secondly, research markets could be an efficient way to weed out weak ideas in the early stages of product development.

But, there is a problem. As Kearon readily acknowledges, some of the most successful ideas for new products, such as Baileys Irish Cream and Phileas Fogg crisps, tested appallingly before they were launched. This raises the spectre of the new approach merely adding to the problem of promising innovations never making it to market because consumers dismiss them in research tests.

Kearon accepts this is a risk, but says it is perhaps limited to more radical forms of innovation. “Only very rarely do companies test ideas that are wholly new,” he says, adding that most research is about “tweaking existing category ideas”. For this sort of work, he suggests, research markets may offer results that are cheaper and faster than and at least as reliable as data generated by conventional methods.

The standard explanation of why innovation panels make blunders is that people simply cannot visualise how something new might fit into their lives until they have tried it. TNS European Access Panels joint managing director Martin Oxley claims that internet-based research can ameliorate the problem. “With three-dimensional simulations, we can show prototypes online,” he says.

As an example, Oxley cites a recent project in which a client wanted to test an idea for another household cleaning product. Participants were shown an online prototype and then given two weeks to think about where and when they might use it. As the project involved an online discussion forum, the participants were able to exchange ideas and build upon each other’s thoughts.

Even so, visualising something new is not the same as holding it in your hands. As DDB London head of planning Lucy Jameson points out, “The problem is thatyou really cannot predict what will happen to a product once people start to use it.” As an example, she points to text-messaging, which was designed for businesspeople but turned out to have huge appeal for consumers.

So how can big ideas be tested? According to RSM Robson Rhodes Business Consulting head of research Tamsin Addison, one method towers above all the alternatives – getting an idea out of the design studio and pilotingit in the market. “Once a product is in the market, it can be tweaked to find out what improves its appeal and what doesn’t. Often, incredibly small changes can make an enormous difference,” she explains.

Kearon agrees, pointing out that Pret A Manger’s upmarket sandwiches failed to impress Londoners until the company acquired better sites for its stores. “For Pret, location tipped the balance,” he says.

Good research can stimulate marketers to think creatively about the future by highlighting needs that are unmet and opportunities that are opening up. But however well-informed they are, marketers cannot predict perfectly, still less control, what will happen in the outside world – because consumers will always rewrite the script.