Nokia was one of the stars of this week’s Mobile World Congress when it revealed it is bringing back its retro 3310 phone (equipped with an updated version of the classic Snake game) after demand from fans.

However, the brand’s chief marketer Barry French admits he’s concerned the interest in the 3310 shows people “don’t understand who we are today” or how much Nokia has moved away from being a mobile phone business over the last 12 months.

Speaking to Marketing Week, he said: “If you look at Nokia today we are so much more than a lovely 3310 or Nokia 6, the vast business of Nokia is making networks work really well. We’re a $24bn business and the amount that comes from mobile phones is fairly small.”

Aside from the 3310, Nokia is priorisiting 5G technology as it looks to take advantage of “faster growing markets” such as VR and wearables.

Sir Martin Sorrell says he isn’t being kept awake at night by his three-month-old daughter but rather short-termism.

Speaking at Deloitte’s Media and Telecoms conference, the WPP boss said: “It’s the continuous focus on the short term that makes me lose the most sleep. Events of recent weeks bring that into sharp focus.”

Sorrell said the short-termism among marketers stems from the fact “we are in a low growth scenario” following the recession in 2008, which has led to low inflation, very little pricing power and “continued pressure on the system”.

However, he believes President Trump’s pro-business agenda will help solve the problem. He claimed: “There is stuff there we all disagree with on the personal side. I’m just talking about the economic side. Don’t be under any misapprehension, it is a pro-growth, pro-business administration.”

Deliveroo launches its first ever TV ad for the UK

Deliveroo has launched its first national TV campaign in the UK, as it looks to capitalise on growing consumer demand for its delivery services around different meal occasions such as breakfast and lunch.

The campaign is based around the “memorable moments” that are created around food, pointing to first dates, picnics on the beach and the first bite of a wedding cake.

“The campaign will help us to reinforce our position in newer UK markets and keep us top of mind with our existing customers. We see the campaign as a great tool for accelerating our growth,” Jamie Swango, director of marketing at Deliveroo, told Marketing Week.

The service launched in Newport this week, making it the 100th city in the UK to offer Deliveroo deliveries.

When you think of Stella Artois, you probably remember how your dad’s mate used to guzzle it. However, following a successful charity campaign led by Hollywood actor Matt Damon, the beer brand says its brand perception is changing.

Since partnering with Water.org on the ‘Buy A Lady a Drink’ (BALAD) programme nearly three years ago, Stella Artois says the partnership has succeeded in making its brand “more culturally relevant” among millennials.

The BALAD programme was co-founded by Hollywood actor Matt Damon and aims to provide 3.5 million people, particularly women with families in the third world, with long-term access to clean water by 2020.

Stella Artois’s senior brand manger Rowan Chidgey told Marketing Week: “Younger people are considering us more as a brand and we’re becoming more relevant to them, and that’s been reflected not just in rising sales but in our brand equity as well.

“It is fair to say historically Stella Artois is seen as an older [person’s] brand so we needed a new way of resonating with a younger audience. The ‘Buy A Lady A Drink’ campaign has been perfect for achieving that.”

Mastercard CMO: Digital and business skills are a rare combination 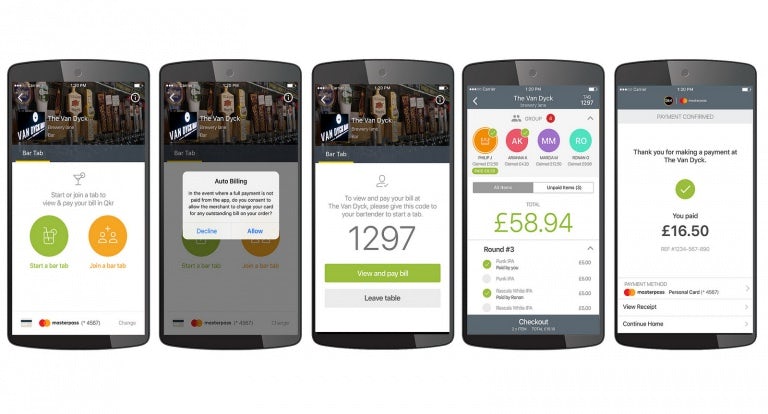 Mastercard is making a big push into digital payment services, but admits that finding the right talent to ensure it can meet its aim of building a “cashless society” can be difficult.

Speaking to Marketing Week at Mobile World Congress this week, Mastercard’s chief marketing and communications officer Raja Rajamannar said finding the right talent is a “huge challenge”, particularly with the pressure on marketers to understand all aspects of digital marketing and meet business objectives.

Rajamannar says he sees two types of marketers – the classical and the contemporary. He puts consumer behaviour, market research, insights, packaging and positioning experts such as Unilever and Procter & Gamble on one side and digital, ROI and data-driven brands on the other. He claims finding “somebody who is good at both is one big challenge”.

His comments come as Mastercard expands its Qkr! app, which offers mobile order-ahead and payment services, to six new markets and adds new functionality that aims to eliminate the “traditional bar tab”. Mastercard also revealed a global partnership with Oracle to deliver a “streamlined digital payment experiences to the retail and hospitality industries”.