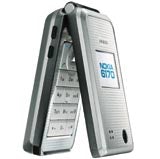 Mystery surrounds Nokia’s plans for the launch of a new multimedia device later this year despite Interpublic Group’s appointment to handle its advertising.

The Finnish mobile phone manufacturer has selected a handful of IPG agencies, including Lowe, Draft, R/GA, Jack Morton and Hassan &amp; Partners, to create a pan-European campaign that is expected to be rolled out in the US at a later date.

But industry sources say budgets for the project have not been decided and the campaign is thought to be worth considerably less than originally expected. Some sources have claimed that it could be worth as little as &£7.5m. There is also talk of the creation of a Nokia sub-brand, codenamed Gromit, fuelling speculation that the device will not be marketed as a phone but as a multimedia player with telephone capabilities. That would allow Nokia to charge more for the device as mobile phones are heavily discounted.

Sources suggest there is a conflict between Keith Pardy, who is global marketing chief for Nokia’s handset division, and multimedia boss Anssi Vanjoki, who handled the pitch, about which part of the business the new device, known as N-Series, comes under. Pardy is thought to have been excluded from the final pitch.

Interpublic is thought to have won the business ahead of incumbent Grey, Omnicom’s DDB and Havas’ Euro RSCG. It is understood the business will be run out of Lowe’s London office. Nokia and the agencies involved refused to comment.

Ofcom has said that its sees some value in scrapping the BBC governors and taking over commercial regulation of the corporation – a move that would be welcomed by many media owners and some advertisers. Its final report on public service broadcasting, published yesterday (Tuesday), has given some support to Lord Burn’s government report, which […]

Colt Telecom is understood to be reviewing its Â£12m European advertising business.

Members of an otter colony near a BT satellite site in Cornwall have literally been risking life and webbed foot to get their daily feed, crossing a busy road to poach fish from a nearby quarry. Following the untimely demise of three otters, including a mother raising pups, BT has decided to give the colony […]