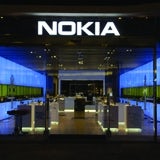 The service has been dropped in 27 countries including the UK but will remain available as a 12-month subscription service in China, India and Indonesia.

A statement from Nokia says: “There will be no disruption to the service for our existing customers in these markets or anyone who in the future purchases an Ovi Music Unlimited-edition device from stores while stocks last – they can continue to enjoy unlimited downloads for the duration of their original Ovi Music Unlimited subscription and keep those tracks forever.”

The launch of Ovi Music Unlimited was a move to undermine Apple’s stranglehold on the digital music market with its iTunes store. All four of the music industry’s major record labels eventually made their respective libraries available via the service but it still failed to attract many subscribers.

Nokia launched the service in the UK during 2008 as Nokia Comes with Music where it initially failed to gain the support of mobile operators and users. A year later it only had 30,000 UK subscribers, according to music consultancy Musically.